MILWAUKEE BUCKS ARE A WIN AWAY FROM NBA FINALS GLORY. CAN THEY DO IT? 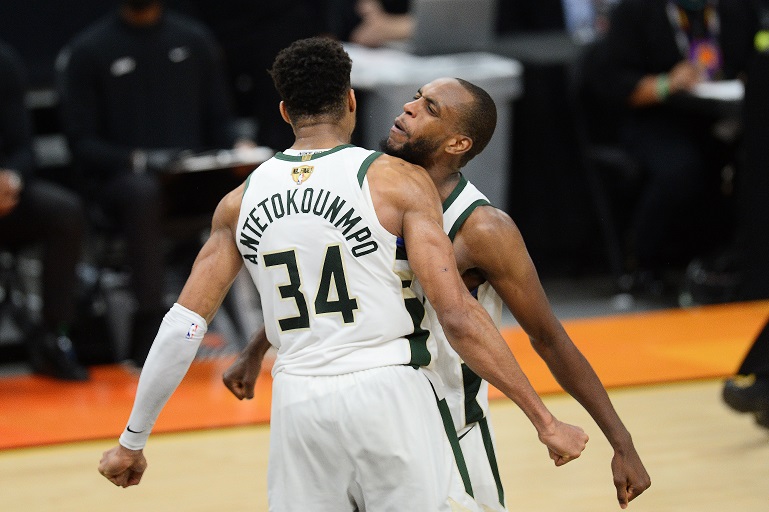 The Milwaukee Bucks put on a show-stopping performance to defeat the Phoenix Suns 123-119 in Game 5 of the NBA Finals.

The victory means that the Bucks lead the best of seven series 3-2, needing just one win to be crowned 2021 champions.

This was their first road win of the finals and now they have the upper hand on course to win the franchise first NBA title in 50 years.

Giannis Antetokounmpo, Khris Middleton, and Jrue Holiday combined to score 88 of the 123 points in arguably the most entertaining game of the series thus far.

The Bucks fought their way out of an early 16-point hole by flirting with the best-shooting night in NBA Finals history, but then won it by making a huge defensive play for the second straight game.

Ahead of Game 6 in Milwaukee, the Phoenix Suns have to rediscover their scoring touch if they are to keep their hopes of a first NBA title alive.

Can Chris Paul finally win a title after 16 long years in the NBA? Well, he definitely can’t do it alone and his teammates have to show up for Game 6.

Paul had 21 points and 11 assists in Game 5 on Sunday whilst Devin Booker topped the scoring charts for the Suns with a remarkable 40 points.

Phoenix has been one of the league’s best teams all year, but it now finds itself with its back against the wall. After going up 2-0, the Suns have lost three straight games for just the second time this season.

Milwaukee became the first road team to win in the series and with one more victory will complete its second 2-0 comeback in this postseason – along with the fifth in NBA Finals history.

Game 5 winners of a tied series have won the series 21 of 29 times in the NBA Finals.

Will the Bucks win the series on Wednesday morning or can the Suns tie it at 3-3 to force Game 7? Play here