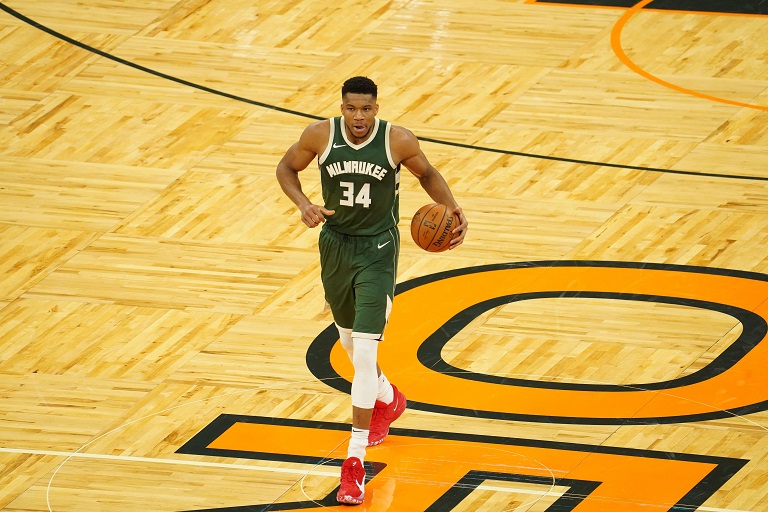 Giannis Antetokounmpo was the star of the show as Milwaukee Bucks as they beat the Phoenix Suns 120-100 at the Fiserv Forum.

Antetokounmpo scored 41 points, 13 rebounds and 6 assists to reduce the Suns NBA Finals lead to 2-1 ahead of Game 4 on Thursday.

“I’m no Michael Jordan. All I care about is getting another win and taking care of business.

“I go out there and try to enjoy the game and trying to put myself in a position to be successful,” he said after his dominant Game 3 display.

He became the second player in NBA Finals history to total 40-plus points and 10-plus rebounds in consecutive games after Shaquille O’Neal in 2000.

The game was the first Finals game in Milwaukee since 1974 and the home team got a memorable show from start to finish.

Paul is playing in the first NBA Finals of his illustrious 16-year career and he maintains that the Suns need to keep their heads up ahead of the next game.

The Bucks are seeking their second NBA title and hadn’t even played for one in 47 years, whilst the Suns are on the hunt for a maiden crown.

Neither side has any injury concerns ahead of Game 4 and with a full squad up for selection, we are in for one hell of a series.

Who do you think will win Game 4? Play here

One thought on “I’M NO MICHAEL JORDAN: BUCKS STAR GIANNIS SAYS AHEAD OF GAME 4”