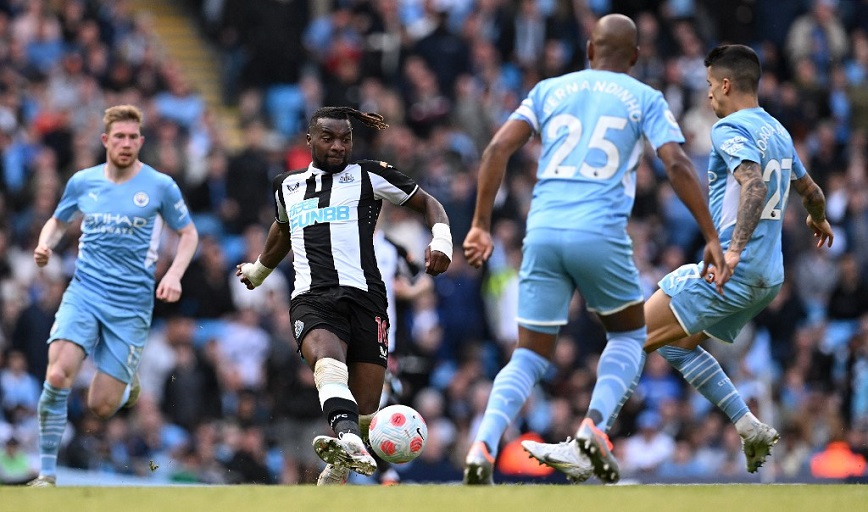 Newcastle United are hoping to continue their unbeaten start to the English Premier League season as they host Manchester City.

The Magpies beat Nottingham Forest 2-0, before a barren draw against Brighton – meaning they are yet to concede a goal.

Meanwhile the Champions beat both West Ham and Bournemouth, scoring six times and conceding none as well.

Manchester City will look to quickly establish a lead at the top of the division with another triumph at the weekend.

With the unbeaten streak at stake for both teams, this makes for an exciting encounter.

Click here to place your bets on the game.

What time does Newcastle vs Man City start?

The game kicks off at 6:30pm Kenyan time at St. James’ Park.

Jonjo Shelvey will miss the game through injury and the pair of Ryan Fraser and Emil Krafth will be assessed before the match.

Bruno Guimaraes and Joelinton remain the starting pair in midfield with Chris Wood expected to lead the attacking line.

For the visitors, Erling Haaland will lead the attack, flanked by Phil Foden and Jack Grealish, after the pair came off the bench in the last fixture.

Kevin De Bruyne has started the season in great form and will start in midfield, alongside Ilkay Gundogan and Rodri.

From 42 matches, the home team have only won 8 times compared to City’s 29 wins. The remaining 5 have resulted in a draw, the last one coming in 2019.

Both sides have only lost once in their last 5 matches. City have won all the remaining games but the home team shared the spoils in another.

City are the better side on paper but it may not be a straight-forward victory. Though both teams are expected to concede for the first time this season.

One thought on “WHICH UNBEATEN START WILL CONTINUE AS NEWCASTLE HOST MAN CITY? PREDICTION”