WILL RONALDO BREAK THE INTERNATIONAL GOAL RECORD AGAINST IRELAND? 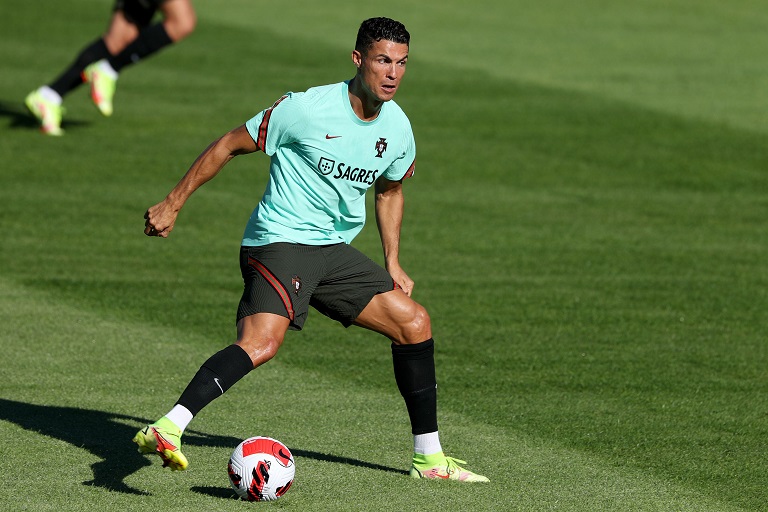 Portugal captain Cristiano Ronaldo is looking to become the all-time top international goal scorer when they play Ireland in a World Cup qualifier.

After a forgetful Euro 2020 campaign, Portugal return for international duty all set to continue their fine form in the qualifiers.

The Portuguese are top of their group with 7 points after a wins against Luxembourg and Azerbaijan, in addition to a 2-2 draw against Serbia.

Their opponents Ireland are second from bottom without a single point after two matches, losing to Luxembourg and Serbia.

Ronaldo has since secured a move back to Manchester United after 12 years but has not yet made his second debut for the club.

Ronaldo equalled the Iranian Ali Daei’s record of 109 goals for his country during the European Championship.

Play here to predict the outcome of the game and stand a chance to win.

What time does Portugal vs Ireland start?

The game kicks off at 9:45pm Kenyan time at the Estadio Algarve.

Euro 2020 contingent William Carvalho, Joao Felix, Renato Sanches and Jose Fonte are all out injured for the hosts.

Veteran Pepe will solidify the defense alongside Man City’s Ruben Dias while up front his club teammate Bernardo Silva will start as well.

Diogo Jota has scored three goals already in qualifying and will offer support to Ronaldo in the final third.

For the visitors, James McCarthy and Robbie Brady are not part of the traveling squad.

Portugal vs Ireland head to head

There is not much separating these two sides in terms of their history going up against each other.

There have been two draws out of the four matches played, with either side winning once as well. The last time they met in 2014, Portugal came out 5-1 winners.

Both teams come into the game on the back of rather dismal runs of form, losing twice and drawing twice from their last five games.

Portugal have recently been involved in high scoring affairs and this could prove to be the same, the odds favor a win for Ronaldo and co.