WILL IT BE YOU WINNING OVER KSH 261 MILLION IN THE SPORTPESA MEGA JACKPOT? PREDICTION 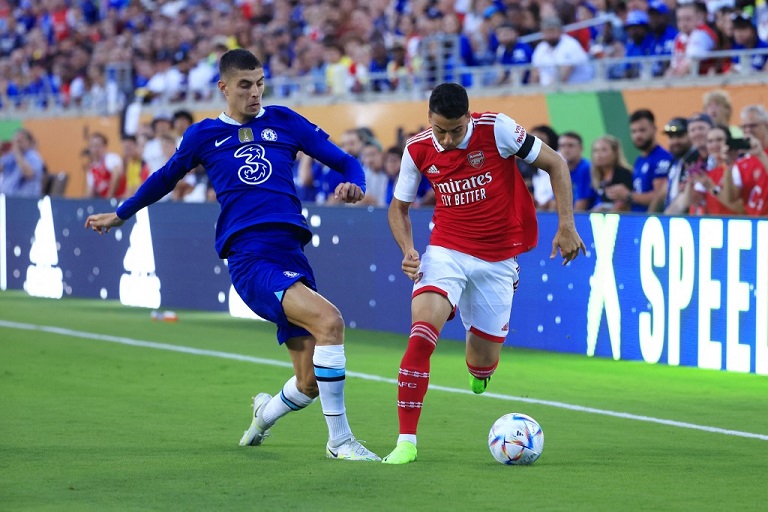 When it comes to winning big from a football pot, nothing comes close to the staggering amount up for grabs in the SportPesa Mega Jackpot.

The biggest and best football jackpot in the land now stands at an unbelievable KSHs 261,272,715! Yes, you read that right!

As if that is not enough, it only costs KSHs 99 to place your bet and with this you could break records by becoming the highest football jackpot winner in Kenya.

By simply clicking here and placing your predictions, you can be the next millionaire in town or at least come close and win a life-changing amount of money.

In this weekends list of 17 games, there are plenty of games from various top European football leagues with the hottest ones coming from the English Premier League.

The Foxes travel to Goodison Park for Saturday’s clash seeking a first win against Everton in the Premier League since 2019.

The hosts are coming off a barren draw against Fulham that left them in 12th place with 14 points -after winning just 3 games all season.

Meanwhile, Leicester lost 1-0 to Manchester City which was not enough to lift them out of the relegation zone with 11 points in 18th place.

Youngster Anthony Gordon has been impressive for the Toffees and may be the spark they need to inspire a victory on the day.

Leicester do not have any new injury concerns and Jamie Vardy will be handed the chance to lead the attacking line and add to his goal tally for the season.

This game is expected to produce goals from both sides but Everton are likely to continue their unbeaten run against their opponents and record a slim win.

The Blues are all set for the biggest English Premier League game of the weekend as they welcome London rivals Arsenal to Stamford Bridge.

Graham Potter received a rude awakening as he suffered his first loss since taking charge of Chelsea, going down 4-1 against his former side Brighton.

Arsenal on the other hand are coming off an incredible 5-0 hammering of Nottingham Forest that kept them on top of the table with 31 points.

Chelsea dropped down to sixth place after what was their third loss of the campaign and are a staggering 10 points behind their opponents.

From 68 matches between these two sides, Chelsea have won 25 times compared to the Gunners’ 24 wins, while the remaining 19 have resulted in a draw.

Arsenal were 4-2 winners the last time these sides met in the league and that was at Stamford Bridge, so Chelsea are out for blood in this tie.

Despite the numerous injury concerns for the hosts, they are tipped as favorites to win on the day and inflict only a second defeat on Mikel Arteta’s side.

Liverpool have had a rather poor start to the English Premier League and they come into this game in 9th place with 16 points.

Spurs on the other hand are 10 points ahead of Liverpool in 3rd place and are full of confidence ahead of the blockbuster encounter.

Jurgen Klopp’s side are coming off back to back league defeats, to Leeds and Nottingham Forest, and they need to find their footing to avoid falling even further behind.

They bounced back with a morale-boosting 2-0 win against Napoli in the Champions League while Spurs also beat Marseille 2-1 to win their group.

There’s a big blow for the hosts as Son Heung-Min went off injured and is rumored to be a doubt for the World Cup, joining Richarlison and Dejan Kulusevski on the sidelines.

The visitors also have a couple of key players injured with the likes of Diogo Jota, Luis Diaz and James Milner all ruled out.

There is still plenty of talent in both squads to produce a very entertaining game that should be filled with goals.

Last season, both games between these two teams ended in draws and this one could also produce a stalemate.