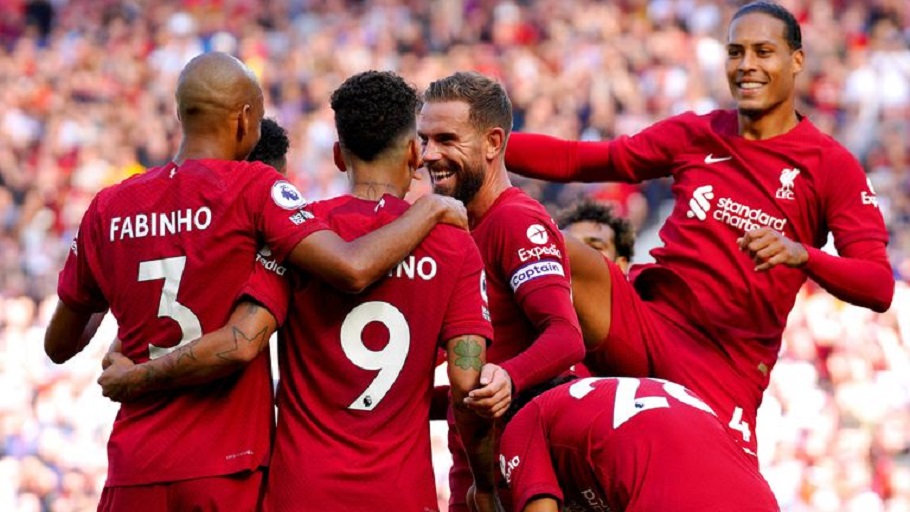 Liverpool are looking for a second win of the 2022/23 English Premier League season when they host Newcastle on Wednesday.

The reds are confident after matching the EPL’s joint-highest record win in a 9-0 humiliation of Bournemouth.

Allan Saint-Maximin scored a beautiful goal at the weekend to rescue a point for Newcastle in a 1-1 draw against Wolves.

Jurgen Klopp’s side climbed up to 9th place after the win, two spots behind Newcastle who have also won once this season.

Liverpool beat the Magpies 1-0 at St. James Park last season, which was preceded by a 3-1 home win at Anfield.

Can the visitors avoid defeat against a hungry Liverpool? Play here to make your predictions for the clash.

What time does Liverpool vs Newcastle start?

The home team have a long list of absentees due to injury, including Thiago Alcantara, Naby Keita, Curtis Jones and Diogo Jota.

Harvey Elliott picked up a knock and joins Alex-Oxlade Chamberlain and Ibrahima Konate on the injury list.

Luis Diaz scored a brace last time out as well as Roberto Firmino and are both going to lead the attacking line.

Mohamed Salah still has not found his footing this season, missing out on a goal in the 9-0 demolition but will retain his spot.

The visitors are missing key players such as Jonjo Shelvey, Emil Krafth, Bruno Guimaraes and Saint Maximin will be assessed before the game.

Liverpool vs Newcastle head to head

The reds have won 25 times out of 43 games played between the two teams, compared to the Magpies’ 8 wins.

Klopp’s side have been on their worst run of form having won just once and lost twice in their last 5 games.

Newcastle come into the game unbeaten in their last 5 games, where they have won twice.

The home team looked to have found their goal-scoring prowess and are tipped to win this game as well to make it two in a row.

One thought on “HUNGRY LIVERPOOL SEEKING 2ND WIN OF THE SEASON AGAINST NEWCASTLE. PREDICTION”