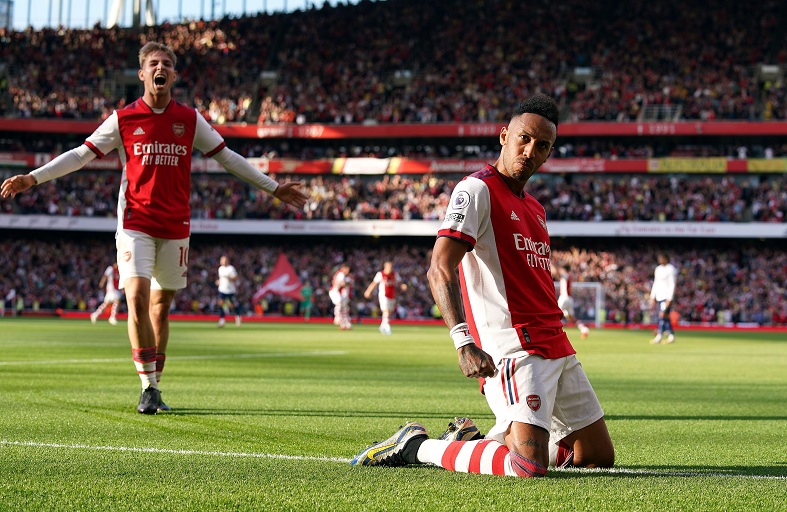 After match day 6 in the English Premier League, Liverpool remain the only team that is unbeaten after a thrilling 3-3 draw against Brentford on Saturday.

The point means the reds are still at the top of the table with 14 points after six matches.

A total of 24 goals were scored, with one match left to be played on Monday night as Crystal Palace host Brighton at Selhurst Park.

Chelsea and Manchester United suffered their first defeats of the new campaign as they went down 1-0 to Manchester City and Aston Villa.

Here we have a look at the top five things that we learned from the English Premier League weekend.

BRENTFORD ARE NOT AFRAID

In the highest scoring game of the new EPL season, Brentford came from behind twice to salvage a point in an enthralling 3-3 draw against Liverpool.

The newcomers displayed a never say die attitude and just kept coming at the league leaders until the very last minute with Yoan Wissa scoring an 82nd minute equalizer.

The result leaves them in ninth place with 9 points, losing just one game since making their debut in the English top flight.

Spurs suffered their third straight loss as they were thrashed 3-1 by North London rivals Arsenal at the Emirates Stadium on Sunday.

They displayed such a lackluster performance that saw them trailing 3-0 at the break, condemning them to a third straight loss, scoring just once in that time.

Harry Kane is still struggling to find form and has not yet scored a goal this season, making the future of new manager Nuno Espirito Santo quite bleak.

West Ham got back to winning ways after three games without a win and this was courtesy of yet another Michail Antonio goal.

He scored in the 90th minute to seal a 2-1 away victory against Leeds, for his fifth goal of the season.

The victory came right when Antonio returned to the starting line-up after serving a ban for being sent off against Crystal Palace.

His effort comes to show that the London club’s attacking threat largely depends on the form of the 31-year old striker.

The canaries are really feeling the heat after making a return to the English Premier League, as they still have 0 points after six games.

Norwich have lost all the games they have played, scoring just two goals while conceding 16 in the process – the most by any team in the league.

The dismal run of form leaves them rooted to the bottom and with matches against Burnley, Brighton and Chelsea next – the future doesn’t look promising.

Arsenal have since beaten Norwich, Burnley and most recently Tottenham.

Mikel Arteta’s recent performance has decreased the talks over the uncertainty over his future at the club.

Their next three games are against Brighton, Crystal Palace and Aston Villa – giving them hope to bag more points to bring them higher up the table.