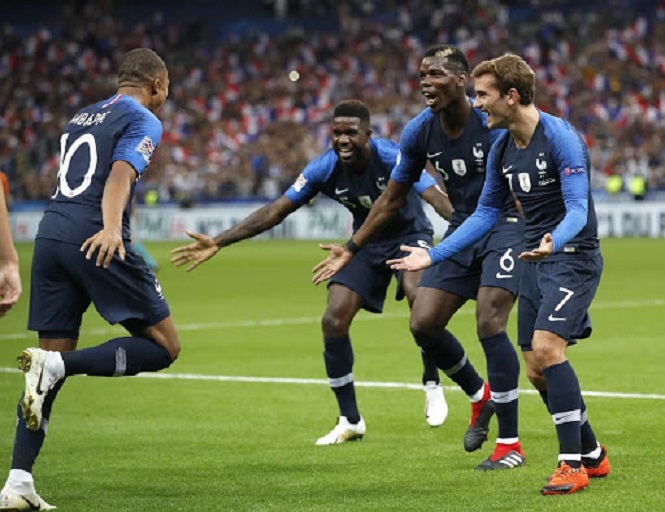 France host Ukraine on Wednesday night in Group D of qualification round of matches as they begin their quest to qualify for the 2022 Qatar World Cup.

Ukraine have not qualified for the finals since 2006 and will need to rediscover their form of their past glory days if they are to make it through a group of rather familiar opposition.

The other teams in the group include Bosnia and Herzegovina, Finland and Kazakhstan.

France and Ukraine last met as recently as October 2020, and Shevchenko’s men were simply swept aside by the World champions on that occasion, as Deschamps’s side stormed to a 7-1 win in a friendly.

France will be hoping to replicate the famed Brazil heroes of the 1950s and 1960s, who were the last group of players to complete back-to-back World Cup triumphs, and it had only ever been achieved once before that, with Italy conquering the world in 1934 and 1938.

Incredibly, France baggedat least four goals in all three of their home victories during 2020, so Ukraine are certainly set for a rough ride as they harbour their own aspirations of an appearance in Qatar.

What time does France vs Ukraine start?

The game is set to kick off at 10:45pm Kenyan time at the Stade de France.

Despite his struggles at Manchester United, Paul Pogba is with the squad and expected to start alongside the dynamic Chelsea midfielder Ngolo Kante.

Alphonse Areola was handed a call up but Hugo Lloris, who is three games away from matching Thierry Henry on the all-time appearances list.

Kylian Mbappe is doubtful after coming off the last Ligue 1 game with a slight injury, meaning Olivier Giroud and Anthony Martial will lead the French attack, especially since Alexandre Lacazette did not make the cut.

As for the visitors, Viktor Tsygankov and Taras Stepanenko are absent due to injuries and West Ham United’s Andriy Yarmolenko traveled with the side but is not expected to feature, having suffered an injury of his own.

France vs Ukraine head to head

The hosts are unmatched when it comes to their head to head record as they have won 6 out of the 8 matches played between the two sides.

One match ended in a draw and Ukraine got their one and only triumph in a 2-0 victory in 2013.

I do not think that Andriy Shevchenko’s Ukraine have what it takes to leave France with a win, let alone a point. France boats heaps of talent and enough depth in their squad to register an easy win to kick start their qualification campaign.