WILL UNITED KEEP THEIR TITLE HOPES ALIVE WITH A WIN AGAINST SOUTHAMPTON? PREDICTION 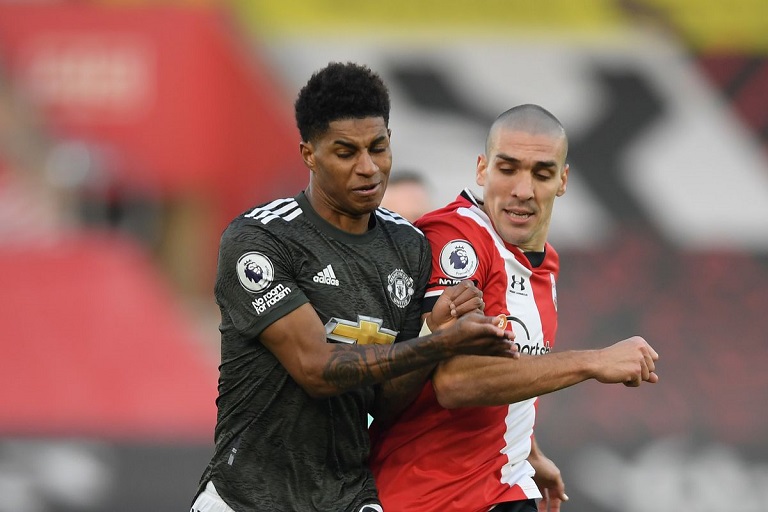 They may have been dislodged off the top of the English Premier League table but Manchester United will still believe that they are in contention for a first title in 8 years.

Southampton travel to Old Trafford on the back of three straight defeats in the league, their worst run of form since coach Ralph Hassenhuttl took charge, leaving them in 11th place with 29 points.

United remain in second place with 41 points, three behind leaders Liverpool, despite not winning in their last two outings.

United have conceded 27 goals in the league this season, one of the poorer records in the division, while they only have the 11th best home record in the 2020-21 Premier League campaign, picking up just 14 points from 10 matches.

The Saints have only won three times away from home in the league this season but have suffered just two defeats and will be looking to take advantage of United’s recent problems, particularly at home.

What time does Man United vs Southampton start?

The game kicks off on Tuesday at 11:15pm Kenyan time at Old Trafford.

Anthony Martial, who has only scored two Premier League goals this season, has had a poor run of performances and it is unlikely he will start.

Edinson Cavani may retain his position in the starting XI flanked by Marcus Rashford and Mason Greenwood.

Scott McTominay was forced off in the last game due to a stomach cramp and may not be ready to start, meaning Fred may be recalled.

The visitors are still without Jannik Vestergaard and Kyle Walker-Peters through injury.

Che Adams did not start as the Saints went down 1-0 to Aston Villa and is expected to return to the starting XI in place of Nathan Redmond.

United have won 21 out of the 33 matches played between these two sides, compared to Southampton’s dismal 4 wins.

The remaining 8 games have ended in draws but there has never been a lack of goals in this encounter, with 20 games being scored in the last 5 matches.

The home side have only picked up a point from their last two outings and have won two out of their last 5 matches.

Southampton on the other hand are on a three-match losing streak, having not won since they upset Liverpool 1-0 on the 4th of January.

I doubt that Southampton have what it takes to upset United at home and judging by the recent past of this fixture, both teams will definitely get their names on the scoresheet.

Though United have the home advantage, a draw could also be a likely outcome.