WILL THE INDOMITABLE LIONS OF CAMEROON TAME SERBIA IN GROUP G CLASH? PREDICTION 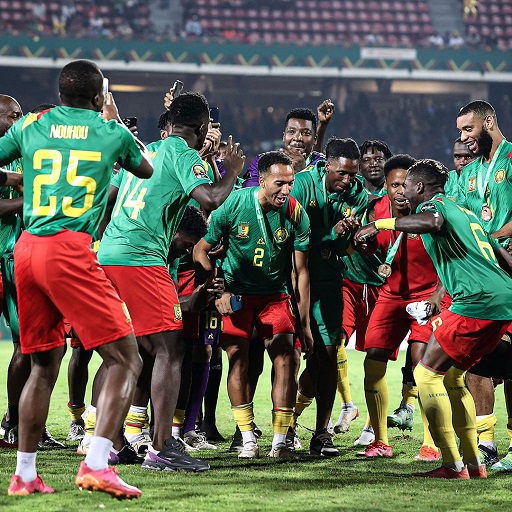 After both losing their opening games at the Qatar 2022 FIFA World Cup, Cameroon and Serbia battle it out in an important tie on Monday afternoon.

Cameroon were unlucky to lose 1-0 to Switzerland in their opening game, whilst Serbia lost 2-0 to favorites Brazil.

Both teams are without a point and are desperate to get something out of this game to keep their hopes of qualification alive.

The West Africans are still seeking their first victory at the World Cup since 2002, when current Cameroonian Football Federation president Samuel Eto’o scored against Saudi Arabia.

Though the Indomitable Lions finished third at this year’s Africa Cup of Nations, they have struggled for form ever since; winning just one of their last six games.

Having crashed out at the group stage in their 3 previous World Cups since gaining independence, Serbia have now lost 8 of their 10 matches.

This is the most defeats for any European nation at the finals and they are desperate to rewrite history here.

Though, Serbia are on a run of five wins and one draw in their last seven matches, with their only defeat in that time coming against Brazil last Thursday.

Which of these teams will finally get off the mark as they square off on Monday? Click here to make your predictions.

What time does Cameroon vs Serbia start?

The game kicks off at 1pm Kenyan time at the Al Janoub Stadium.

Olivier Ntcham has been ruled out of Cameroon’s remaining group games due to injury, so Andre-Frank Zambo Anguissa and Martin Hongla will both start.

Brentford’s Bryan Mbeumo and Karl Toko Ekambi are also set to retain their roles in support of the striker.

Up front, Eric Choupo-Moting is set to retain his starting role and veteran Vincent Aboubakar is expected to feature from the bench once more.

Filip Kostic is a doubt due to fitness for the Serbs but Aleksandr Mitrovic is raring to go and will start this game.

Juventus forward Dusan Vlahovic is fit and will start as well in support of Mitrovic in the final third of the field.

Cameroon vs Serbia head to head

They will go head-to-head for the first time in a competitive fixture, with their only previous encounter coming back in an international friendly 12 years ago.

The Africans will need to put their best foot forward if they are to turn their fortunes around in this game – after 3 defeats and 2 draws in their last 5 matches.

Meanwhile, Serbia have only lost once in that run and won 3 others.

This will not be an easy test for either team but Cameroon have only managed two goals in their last seven games, while Serbia do not lack a goal-scoring threat.

The Serbs may just edge this game.