WILL REAL MADRID REMAIN UNBEATEN WHEN THEY HOST SEVILLA? PREDICTION 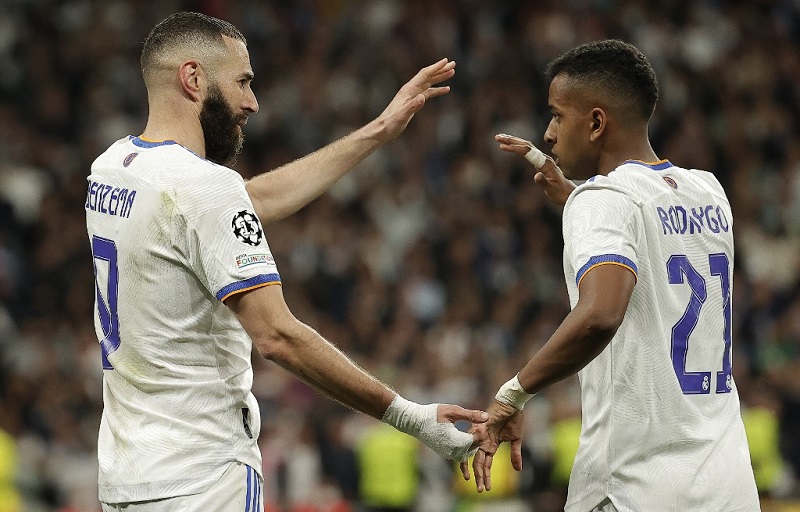 Real Madrid are looking to extend their unbeaten start to the La Liga season when they host Sevilla on Saturday evening.

Real are top of the table with 28 points after 10 games, while Sevilla are n 12th place with 10 points.

Real are coming off a convincing 3-0 away victory against Elche, Sevilla on the other hand drew 1-1 with Valencia.

Real Madrid are unbeaten in their last 17 matches in La Liga and will be intent on extending their streak this weekend.

Jorge Sampaoli has won once and drawn 3 of his 4 games in charge since his return, with the victory coming at Mallorca in La Liga last weekend.

Sevilla finished 4th in La Liga last season, but are already 10 points behind fourth-placed Atletico Madrid and 18 behind Real.

Real Madrid have been prolific against Sevilla in the past and have scored 87 goals in the last 30 matches played between the two teams.

Can Sevilla upset the hosts? Click here to make your predictions for the clash.

What time does Real Madrid vs Sevilla start?

Madrid expect Thibaut Courtois back in their starting XI, with the Belgium international returning to training following a back issue.

Ferland Mendy and Aurelien Tchouameni are expected to return to the starting XI in place of Antonio Rudiger and Rodrygo.

For the visitors, Karim Rekik, Fernando and Jesus Manuel Corona remain on the sidelines through injury.

There could be a starting role for Isco against the club that he left on a free transfer in July.

The home team have won 34 matches from the 54 played between the two teams, compared to Sevilla’s 16 wins.

The remaining 4 have resulted in a draw.

The hosts have won 4 games in their last 5 and drawn just once, while Sevilla have drawn three times and won just once.

With their recent success over their opponents and their perfect start to the season, Real Madrid are favorites to win.