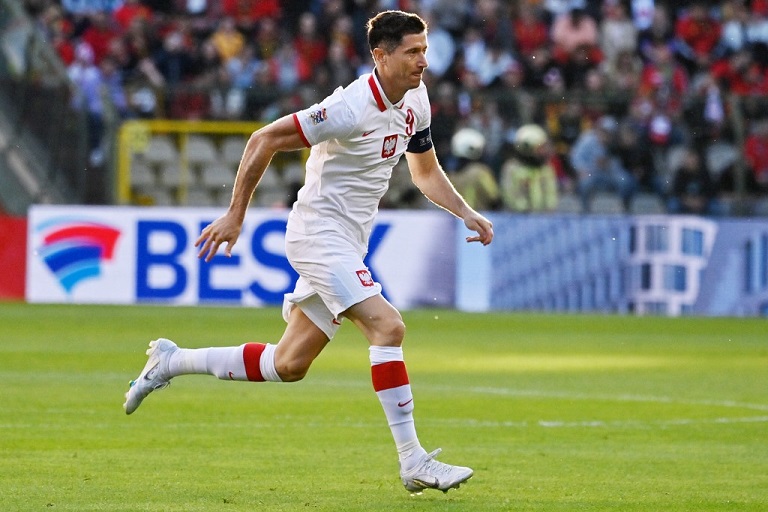 Poland host Belgium looking to get back at them for the 6-1 humiliation they suffered a week ago in the UEFA Nations League.

Both sides have picked up four points from their opening three matches in Group 4 of League A.

Netherlands top the group with 7 points with Poland and Belgium following with 4 points a-piece.

The Red Devils finished top of Group 2 of League A in the 2020-21 UEFA Nations League to reach the semi-finals, where they lost 3-2 to France.

Belgium are coming off a disappointing 1-1 draw against Wales, while Poland battled to a 2-2 draw against the Dutch.

Who will win to increase their chances of progression? Play here to make your predictions for the clash.

What time does Poland vs Belgium start?

The game kicks off at 9:45pm Kenyan time at PGE Narodowy in Warsaw.

Robert Lewandowski was not involved in Poland’s last game, but the Bayern forward is expected to be back in the starting XI.

Wojciech Szczesny and Kamil Glik are also expected back in the starting line-up.

Piotr Zielinski and Przemyslaw Frankowski will also start to provide attacking options for the hosts.

The visitors are dealt a blow with injuries to Kevin De Bruyne, Yannick Carrasco and Thomas Meunier.

Eden Hazard, his brother Thorgan Hazard, Toby Aldeweireld and Jan Vertonghen are however all set to start.

Poland vs Belgium head to head

Either side has won twice in the 5 games played between them, with one resulting in a stalemate.

Both teams come into the game on an identical run in their last 5 games – 2 wins, 2 draws and 1 defeat.

Both teams will definitely get a goal in this game and a draw is actually the most likely outcome.