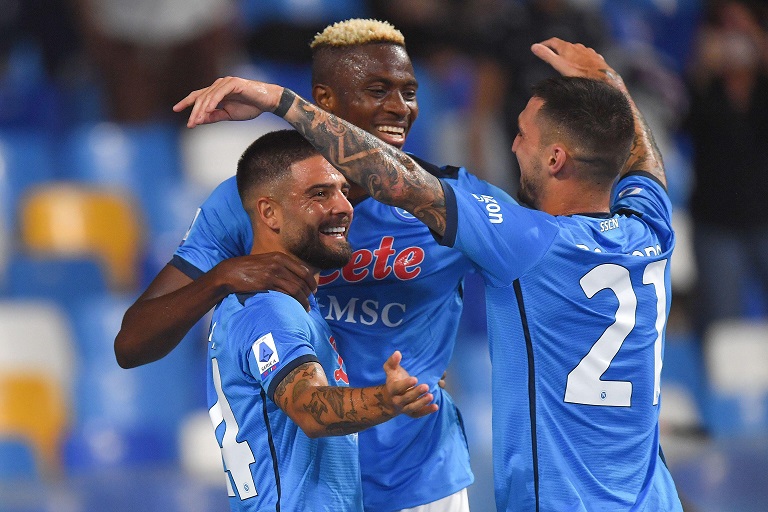 Napoli are joint-top of the Serie A standings with 32 points, level with second-place AC Milan while Inter are in third with 25 points.

Before the international break, Napoli played out to a 1-1 draw against Verona, only their second draw of the season.

Meanwhile, Inter also played out to a 1-1 draw in the Milan derby against their eternal city rivals.

Napoli are unbeaten in their last 21 top-flight games, with their last defeat coming back in April, versus Juventus, the consistent run sees them closing in on a club record of 26 set four years ago.

Also Brazilian goalkeeper Gabriel Brazao is not likely to feature.

Matteo Darmian and Ivan Perisic are therefore expected to start for Inter.

For the visitors, Diego Demme is the only absentee.

Out of the 36 matches played between these two teams, Inter have won 12 times compared to Napoli’s 14 wins.

The remaining 10 have resulted in a draw, including a 1-1 stalemate the last time they went up against each other.

There is nothing separating these two sides in terms of recent form as they come into the game with identical records.

3 wins and 2 draws in their last five matches.

This will indeed be a tough fixture with lots to play for. Both sides have enough quality to get on the scoresheet but a draw could be the most likely outcome.