WILL MILAN GET UCL REVENGE AGAINST CHELSEA IN GROUP E? PREDICTION 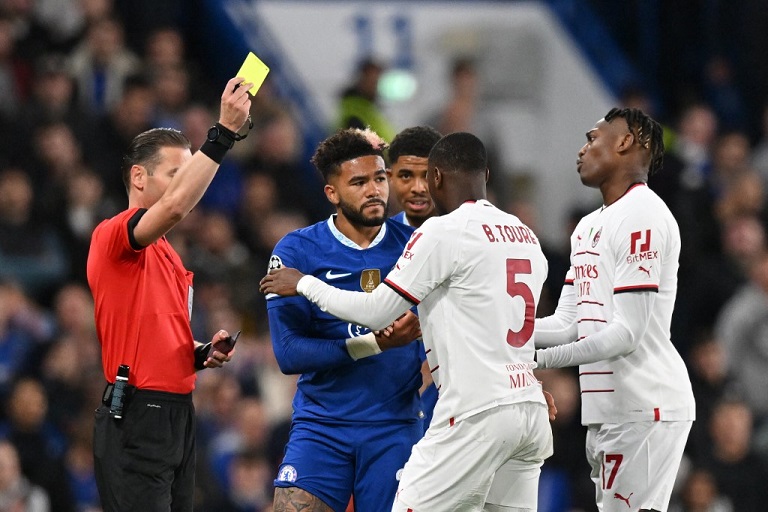 AC Milan take the fight to their own backyard as they aim to get revenge against Chelsea in their UEFA Champions League clash.

The Blues are in second place with 4 points, level with Milan who are in third place in Group E.

Milan opened their campaign with a 1-1 draw against Salzburg on September 6 before recording a 3-1 victory over Dinamo Zagreb.

Milan have not progressed to the knockout round of the Champions League since 2013-14, despite being 7-time winners.

The Blues suffered a 1-0 defeat to Dinamo Zagreb in their competition opener on September 6 before playing out a 1-1 draw with Salzburg.

Graham Potter’s charges need a win to all but confirm their qualification, making this a potentially explosive encounter.

Place your bets here for this match.

What time does Milan vs Chelsea start?

The game kicks off at 10pm Kenyan time at San Siro.

Rade Krunic is set to return to the starting XI to offer more attacking options.

For the visitors, Fofana’s injury will keep him out and is likely to be the only change from the first leg.

Milan vs Chelsea head to head

The visiting have a superior record after winning 6 times from the 11 games played between these two sides.

The hosts have won 2 times.

Chelsea come into the game on a three-match winning streak and have only lost once in their last 5 matches.

The pressure is on both sides to win but Chelsea have come alive in recent weeks and are likely to avoid defeat. Both teams will score on the night.