WILL MAN UNITED MAKE IT 3 WINS IN A ROW WHEN THEY TRAVEL TO LEICESTER? PREDICTION 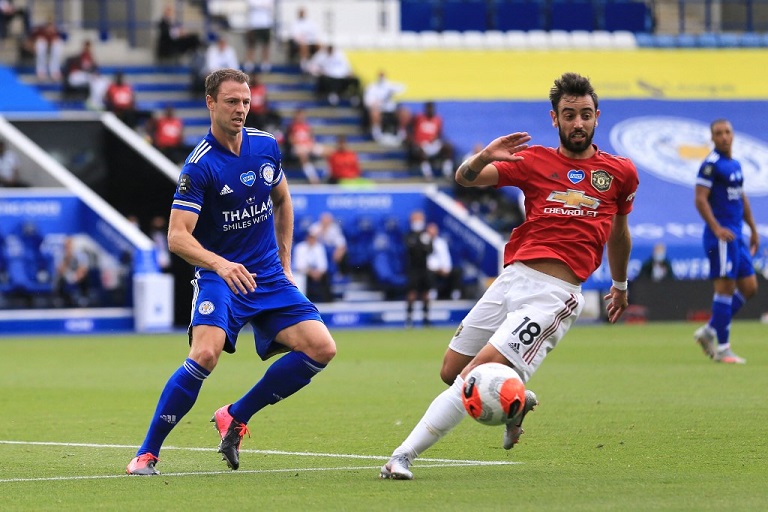 Manchester United are looking to make it 3 wins in as many English Premier League games when they take on Leicester City on Thursday.

United are coming off a slim 1-0 victory against Southampton that propelled them to 11th place with 6 points.

Leicester on the other hand suffered a third straight league defeat against Chelsea over the weekend.

The Foxes have not won a single game yet and with only a point to their name, they are at the bottom of the table.

Though, Leicester will find some reprieve in the fact that they have not lost to Man United in the league for over two years.

They head into this fixture on a five-game unbeaten streak against United, who last defeated Thursday’s hosts in July 2020.

Cristiano Ronaldo’s absence from the starting line-up has been a talking point amid speculation that the Portuguese star could be leaving Old Trafford.

Click here to make your predictions for the Thursday night clash.

James Maddison has been by far the best-performing Leicester player this far into the season but may miss the game after picking up a knock.

He joins Ricardo Pereyra and Ryan Bertrand, who are on the sidelines due to injury.

Harvey Barnes and talisman Jamie Vardy will lead the attacking line for Brendan Rodgers’ side.

For the visitors, it will be interesting to see whether Ronaldo will be included in the starting XI for the first time in the last 3 games.

Aside from that, the team is unlikely to change from the win at Southampton unless Casemiro is handed a full debut by Erik Ten Hag.

Despite their recent admirable record against United, Leicester have only won 3 times in the history of this fixture, compared to the Red Devils’ 18 victories.

Another 5 have resulted in a stalemate.

The home team have not won any game in their last 5, losing thrice and sharing the spoils in two others.

While United’s back to back victories are there only ones in the last 5 games, where they lost twice as well.

This is a tricky match to predict due to the history and the poor run of form that Leicester are on, so a draw could be the most likely outcome.