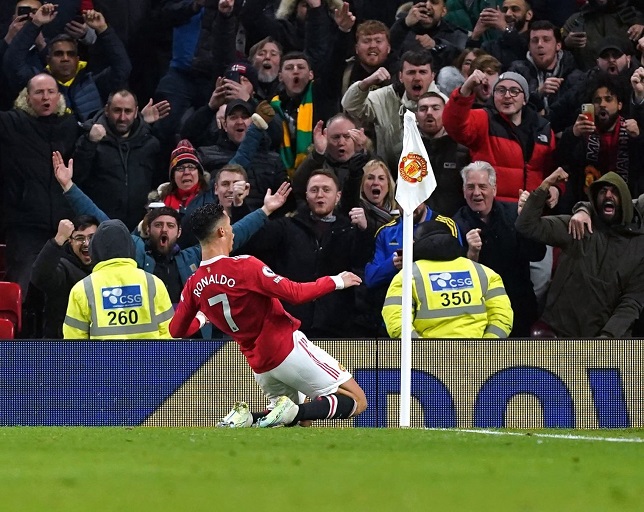 Manchester United are in action on Monday night against Brentford as they look to snap a three match winless league run.

United come into the game in 6th place with 55 points after playing out to a 1-1 draw against Chelsea last time out.

Brentford on the other hand are in 14th place with 40 points, knowing a win could bring them into the top 10.

The visitors held Tottenham to a barren draw last time out and come into the game unbeaten in their last 4 games.

Man United will face Brighton & Hove Albion and Crystal Palace in their final two matches of the season, and they can only finish on a maximum of 64 points.

The Bees went down 3-1 in the reverse fixture earlier in the season but have not had a terrible first time in the English top flight.

Can Brentford extend their unbeaten run? Play here to make your predictions for the game.

What time does Man United vs Brentford start?

Edinson Cavani, Luke Shaw, Paul Pogba and Harry Maguire are all unavailable for the hosts.

Jadon Sancho has been out due to tonsilitis but is not ruled out of the game and could feature from the bench.

The team is unlikely to change from the squad that faced Chelsea with Cristiano Ronaldo looking to add to his 17 league goals so far this season.

Kristoffer Ajer and Christian Norgaard are both back and available for selection for the Bees.

Christian Eriksen will command proceedings in midfield in supply of Ivan Toney and Bryan Mbeumo who will lead the attacking line.

From the 2 matches played between these two teams, United have won once and the other ended in a 2-2 draw.

The home team are on a dismal run of form that has seen them lose 3 times in their last 5 and win just once.

Meanwhile, Brentford have won 3 times and lost just once in that run.

Despite the wretched form United are on, they are expected to bag all three points here but it won’t be a walk in the park against a revamped Brentford side.