WHO WILL BE KING OF MANCHESTER AS CITY HOST UNITED? PREDICTION 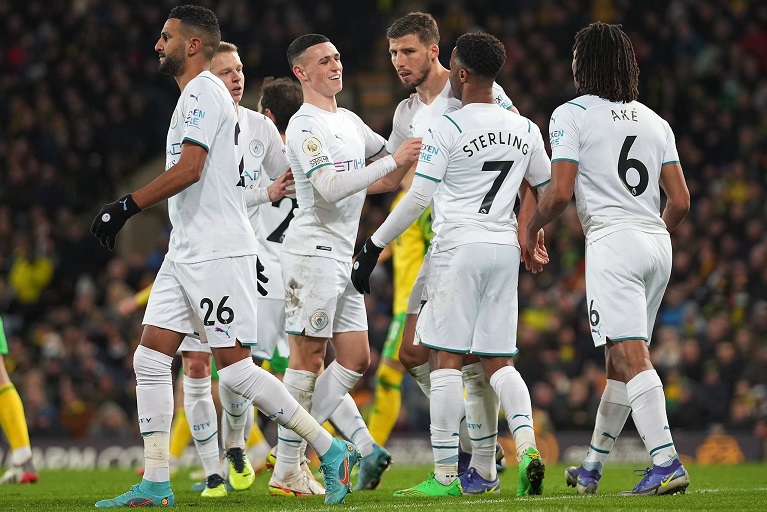 Pep Guardiola’s side are the top of the table with 66 points, three ahead of second place Liverpool.

Man United on the other hand are in fourth place with 47 points, after a recent run of eight matches unbeaten.

City cruised to a 2-0 win over United earlier in the season, but the Red Devils are no stranger to turning up the heat at the Etihad and have won four of their last five in all competitions.

Will Manchester City restore a six-point lead at the EPL summit, or can Man United dim their shine at the Etihad?

What time does Man City vs Man United start?

The game kicks off 7:30pm Kenyan time at the Etihad Stadium.

Nathan Ake and Ruben Dias are both unavailable for the hosts with injury concerns.

Kyle Walker has not been in great form but he is expected to start this game.

Jack Grealish and Gabriel Jesus are back after recovering from injuries but may have to settle for a spot on the bench.

As for the visitors, Edinson Cavani may return but Scott McTominay is unavailable.

From the 52 matches played between these two teams, Man United have won 24 times, compared to City’s 20 victories.

City come into the game on the back of four wins in their last five matches, losing just once, a 3-2 defeat to Tottenham Hotspur.

United are unbeaten in their last five games but have played out to three draws in that run.

This game has the potential to be a cracker of an encounter with both teams having enough quality to provide goals. Though, the home team are tipped to win.

One thought on “WHO WILL BE KING OF MANCHESTER AS CITY HOST UNITED? PREDICTION”