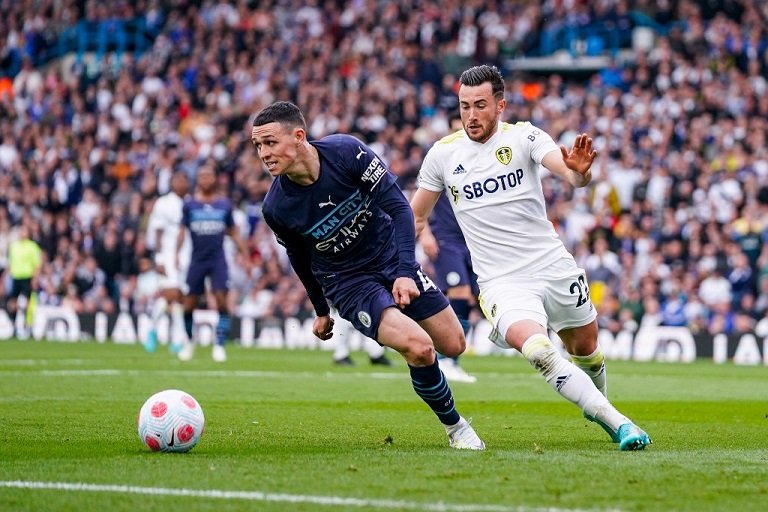 City dropped down to third after Newcastle thrashed Leicester City and have 32 points, 8 adrift of league leaders Arsenal.

Leeds United suffered a 4-3 defeat to Tottenham before the World Cup break, leaving them in 15th place with 15 points.

Leeds have failed to keep a clean sheet in 11 successive games and have only managed 5 wins at home before this encounter.

Erling Haaland has already score 18 goals this season in the league and England international Phil Foden has 10 goal contributions in the league for City.

Pep Guardiola’s side have scored 11 goals against Leeds in their last two games, conceding none, giving them confidence ahead of Wednesday nights clash.

Not since beating Arsenal in 1999 have Leeds managed to get the better of the reigning English champions on home soil.

The current holders will need to register successive positive results if they are to upset league leaders Arsenal to win back to back titles.

What will be the outcome of this fixture? Will it be an easy win for Guardiola’s side?

Click here to make your predictions for this game.

What time does Leeds vs Man City start?

The game kicks off at 11pm Kenyan time at Elland Road.

Stuart Dallas and Archie Gray, while Luis Sinisterra will all miss the game due to injury and join the suspended Tyler Adams on the sidelines.

Forward Patrick Bamford is also doubtful for the game so the attacking line will be led by Rodrigo and Joe Gelhardt.

Norway’s Kristoffer Klaesson will make just his second Premier League appearance in goal if Illan Meslier is not ready to return.

For the visitors, Haaland is well rested after not participating at the World Cup and will be the focal point of the visitors attack alongside Phil Foden and Bernardo Silva.

Kevin De Bruyne and Rodri are the likely options to control the midfield for Pep’s side with the familiar back four expected to start.

From 11 matches played between these two sides, Leeds have come out on top 4 times, just one less than Man City with the remaining two resulting in a draw.

The hosts have won twice and lost three times in their last five games, while City have won 4 times and lost just once, a 2-1 shock defeat to Brentford.

This game is expected to produce over 2.5 goals and Man City are tipped as favorites to continue their winning streak against Leeds.