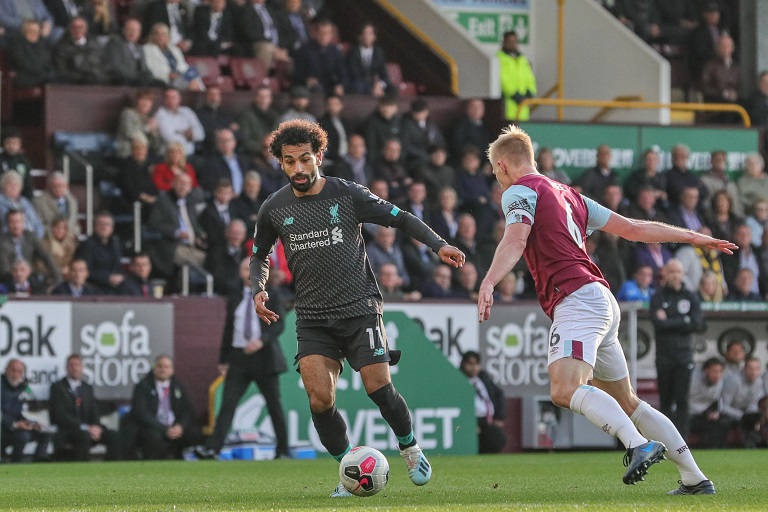 Liverpool are all set to take on Burnley in the first game of Matchday 2 in the English Premier League on Saturday at Anfield.

The game will be a revenge mission for the reds, who lost 1-0 to Burnley in January to end their 68-match unbeaten home run in the top flight.

Ashley Barnes was responsible for the goal that gave the Clarets a well deserved win but a lot has changed since then.

Liverpool kicked off their 2021/22 campaign in fine fashion, handing newcomers Norwich City a 3-0 welcome back to the league.

Mohamed Salah made history by becoming the first player to score in five opening day fixtures and added two assists in a man of the match performance.

Meanwhile, Burnley were not as fortunate as they succumbed to a 2-1 home defeat to Brighton, despite James Tarkowski giving them a second minute lead.

Can Burnley repeat their success or will Liverpool walk past them? Play here

What time does Liverpool vs Burnley start?

The game kicks off at 2:30pm Kenyan time at Anfield.

The return of Virgil Van Dijk is a huge boost for Jurgen Klopp’s side and he is likely to retain his starting place.

Fit-again Joe Gomez was an unused substitute alongside £35million summer signing Ibrahima Konate and it will be interesting to see whether they get a chance.

Up front, the usual suspects Roberto Firmino, Sadio Mane and Salah are the definite options to lead the attacking line.

For the visitors, Sean Dyche will definitely need to make some changes to the side that started against Brighton and Ashley Barnes may be one of them.

Midfielder Dale Stephens and defender Kevin Long are the club’s only confirmed injury absentees at present.

They have signed only Nathan Collins and Wayne Hennessey thus far, meaning the squad is still full of familiar faces expected to start.

Liverpool vs Burnley head to head

The infamous 1-0 victory was only the second time that Burnley have managed to overcome the might of Liverpool.

The reds have won 10 matches against them and only two have ended in a draw.

With a focus on league form, the Clarets have one loss to their name and Liverpool one win.

With the return of key players and the dominant display in the opening fixture of the season. Liverpool are expected to avenge their January defeat and win comfortably on the day.