WILL LEICESTER GET THEIR FIRST WIN OF THE SEASON AWAY AT TOTTENHAM? PREDICTION 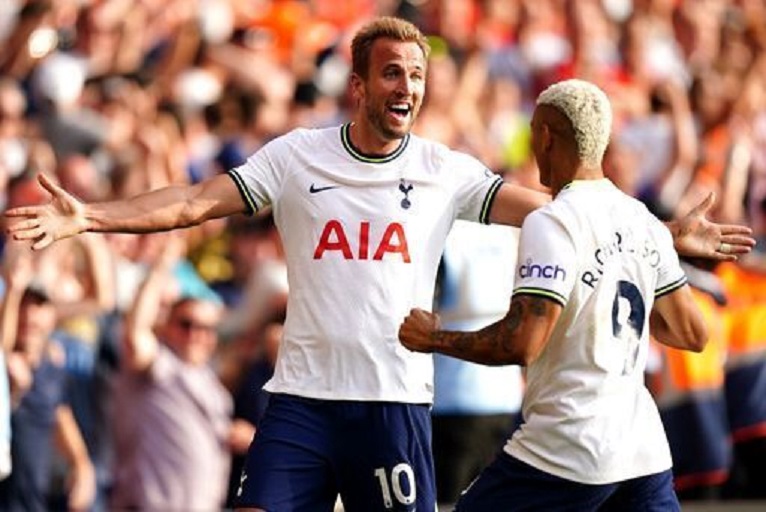 Leicester City travel to London to take on Tottenham Hotspur as they seek their first English Premier League win of the season.

Leicester remain one of the two teams that are yet to register a win in the new season and are at the tail-end of the table.

Their last outing ended in a 5-2 demolition against Brighton, while Spurs were 2-1 winners against newcomers Fulham.

Antonio Conte’s side are in 3rd on the league table with 14 points and are fresh off a 2-0 defeat away at Sporting in the Europa League.

Tottenham welcome Leicester to North London having strung together a seven-game winning streak at home in all competitions.

Spurs completed the double over Leicester by an aggregate scoreline of 6-3 in the 2021-22 Premier League season.

Will Leicester end their winless run on Saturday? Play here to make your predictions for this game.

What time does Tottenham vs Leicester start?

Lucas Moura is the only absentee from the Spurs side and Dejan Kulusevski is expected to return to the starting XI.

This means that Richarlison will have to settle for a spot on the bench.

Son Heung-Min and Harry Kane will lead the attacking line for the hosts.

For the Foxes, Jamie Vardy was dropped to the bench against Brighton but will return to lead the attack.

Patson Daka and James Maddison will also start and be used to offer support to Vardy up front.

Tottenham vs Leicester head to head

From 28 matches, Spurs have come out on top 15 times compared to Leicester’s 9 wins. The remaining 4 have resulted in a draw.

The defeat to Sporting is the home team’s only loss in their last 5 games, where they have win 3 and shared the spoils in another.

Meanwhile, Leicester have not won in 8 games prior to this encounter.

This will be an interesting game with all the pressure on Brendan Rodgers, though Spurs are expected to grind out a win on the night.