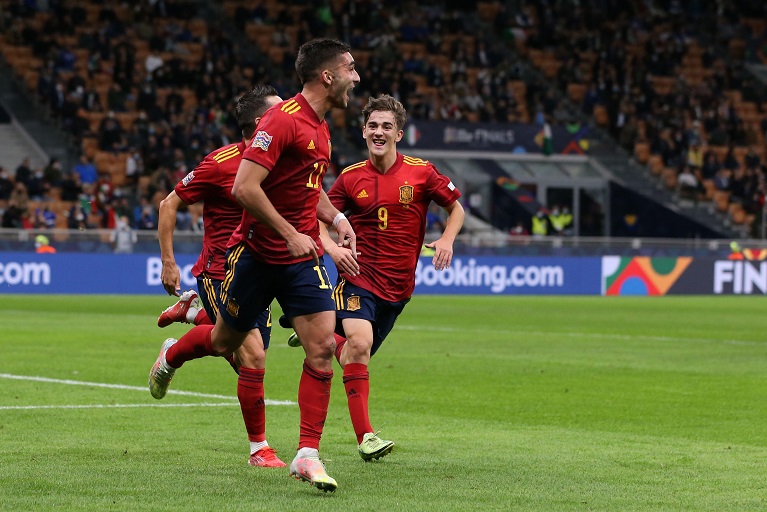 The UEFA Nations League comes to an enthralling end on Sunday as Spain face world champions France at the San Siro.

Spain have not won a major trophy since their Euro 2012 victory and Luis Enrique is hoping to turn that around.

France on the other hand are world champions and Didier Deschamps charges are confident they can add another trophy to their cabinet.

Spain saw off Euro 2020 winners Italy 2-1 to advance to the final, while Les Bleus produced a storming comeback to defeat Belgium 3-2 on Thursday night.

The last time these two teams met was in a friendly back in 2017, in which Spain beat France 2-0.

Play here to make your predictions for the tantalizing final.

What time does Spain vs France start?

Spain’s semi final hero Ferran Torres, who scored a brace against Italy, picked up a knock and is a huge concern for Enrique’s side.

Alvaro Morata is also not available and Pablo Sarabia will hope to retain his starting berth despite a disappointing show in the last four.

The impressive Mikel Oyarzabal is also set to start for La Roja.

For the French, the dynamic Ngolo Kante is the only absentee and this means they may stick to their three-man defense.

Antoine Griezmann is line for his 100th cap for France and will lead the attacking line with Kylian Mbappe and Karim Benzema.

Spain vs France head to head

Spain are superior having won 6 times out of the 10 games they have played against each other, including the 2-0 friendly win four years ago.

France have won three times and only one has resulted in a stalemate.

Spain have won more games (3) in their last five outings but have also lost once, a 2-1 defeat to Sweden.

France are unbeaten, winning twice and drawing three of the other matches.

The quality in both teams is unquestionable and with title rights on the line, it could be a cagey encounter that is decided after the 90.