WILL IT BE SOUTHAMPTON OR NOTTINGHAM JUMPING OUT OF THE RELEGATION ZONE? PREDICTION 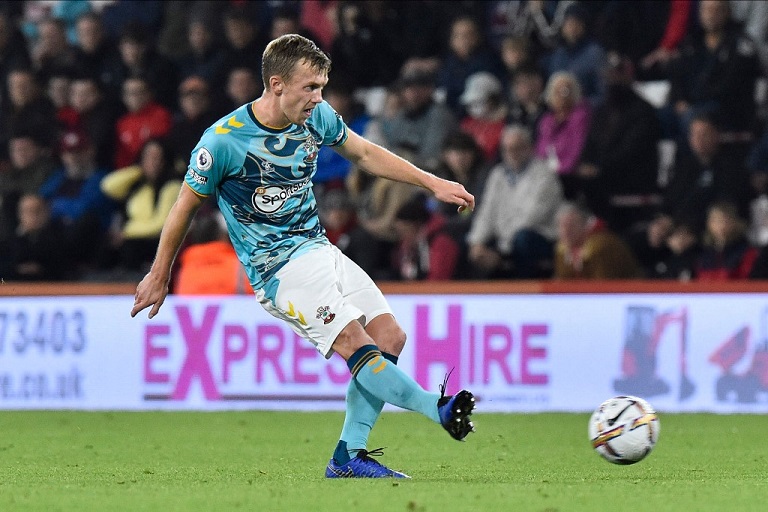 It’s crunch time for Southampton now as they are desperate for a win when they host newcomers Nottingham Forest in the EPL on Wednesday night.

Southampton have lost 5 straight league games in a dismal run of form that leaves them rooted to the bottom of the table with 12 points.

The visiting Nottingham Forest are not doing so much better and are also in the relegation zone in 18th place with 14 points.

The Saints suffered an agonizing 2-1 defeat to Fulham in their most recent game, while Steve Cooper’s side deservedly earned a point in a 1-1 draw against Chelsea.

Southampton enter 2023 as the division’s worst-performing home team with a mere six points from a possible 24 at St Mary’s.

Forest have picked up just two points on the road in the league this season, the fewest in the English top flight.

The newbies have also conceded 34 league goals this season, the second highest tally, with only Bournemouth (36) conceding more.

This will be the first meeting between Southampton and Forest since the 2011-12 Championship season and the Saints completed the double over their opponents then.

It is very key for Southampton to avoid a sixth straight defeat if they are to avoid the axe which will end their decade-long stay in the English top flight.

What are your predictions for this clash? Click here to place your bet.

What time does Southampton vs Nottingham Forest start?

The game kicks off at 10:30pm Kenyan time at St. Mary’s Stadium.

Alex McCarthy, Theo Walcott, Juan Larios and Valentino Livramento are all sidelined through injury and will not feature.

Despite the defeat to Fulham last time out, it was one of Southampton’s best performance of the season and no changes are expected from the line-up.

Che Adams will lead the attacking line in a bid for redemption after a hapless performance last time out.

For the visitors, Serge Aurier was the hero in the last game and will start as Neco Williams remains on the substitutes bench.

Morgan Gibbs-White and Taiwo Awoniyi will both start to lead the attacking line.

In the recent past, there have been four games played between these two sides with either team winning twice, none has resulted in a draw.

The home team have lost 3 of their last 5 games, drawn once and a victory against Lincoln being their only triumph in that run.

Forest on the other hand, have won twice, lost twice and shared the spoils in one game.

We don’t expect plenty of goals in this match and it is going to be a cagey affair that may most likely result in a draw.