COMMUNITY SHIELD! WILL IT BE LEICESTER OR MAN CITY FOR THE WIN? 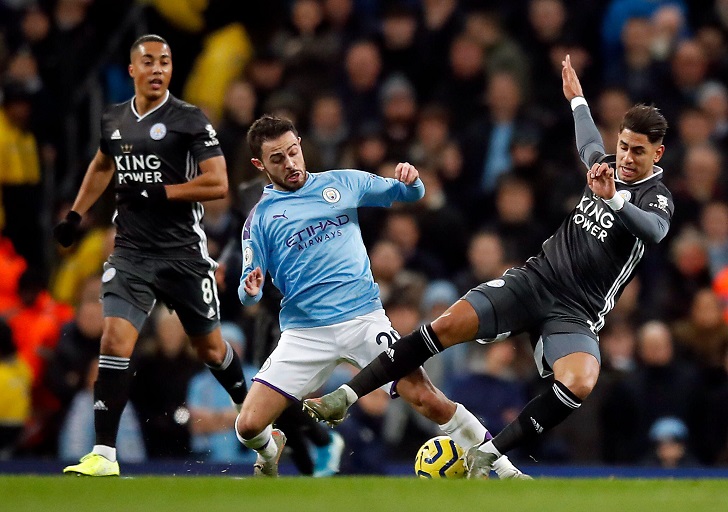 The 2020/21 season of the English Premier League kicks off with Leicester City taking on Manchester City in the Community Shield.

Leicester secured their first ever FA Cup trophy last season courtesy of a 1-0 victory over Chelsea in the final on May 15.

Man City ultimately finished 12 points clear of second-place Manchester United at the top of the 2020-21 Premier League table to reclaim the title from Liverpool.

The mouthwatering clash marks the start of the new season in the English top flight and it will be interesting to see who gets their season off to a winning start.

The Foxes finished their preparations for the new campaign with a 3-2 victory over Villarreal on Wednesday.

Man City then recorded a 4-1 win over Blackpool on Tuesday evening and will view Saturday’s contest as a valuable exercise with the new season just around the corner.

Play here to make your predictions for Saturday’s game.

What time does Leicester vs Man City start?

The game kicks off at 7:15pm at the Wembley Stadium.

Timothy Castagne, Johnny Evans and Wesley Fofana are absent for Leicester through injury.

Wilfried Ndidi may be forced to play in a defensive role alongside Caglar Soyuncu, with Ricardo Pereyra and Ryan Bertrand starting as full backs.

Jamie Vardy and Kelechi Iheanacho are the most likely pair to lead the Foxes attacking threat.

As for Pep Guardiola’s side, Spanish duo of Ferran Torres and Rodri resumed training and are available for selection.

City are missing many key players such as Kevin De Bruyne, Raheem Sterling, Gabriel Jesus and Ederson who are all out injured.

Zack Steffen should start in goal for the Citizens and up front, Riyad Mahrez and Bernardo Silva will be the most viable options to lead the attacking line.

These sides have gone up against each other 25 times so far with Manchester City winning 13 times, including a 2-0 win the last time they met in April.

Leicester have won 6 times and another 6 have resulted in a stalemate.

The foxes come into the game on a horrid run of form, losing three times in their last five matches. They have only managed one win and drawn another game.

Man City on the other hand have won 4 times and lost just one in a similar run.

With a chance of silverware on the line, this will be a hotly contested affair. Though the individual quality in the City line-up should give them the edge over their opponents.