CAN INTER MILAN GO TOP OF SERIE A WITH WIN AT HOME AGAINST EMPOLI? PREDICTION 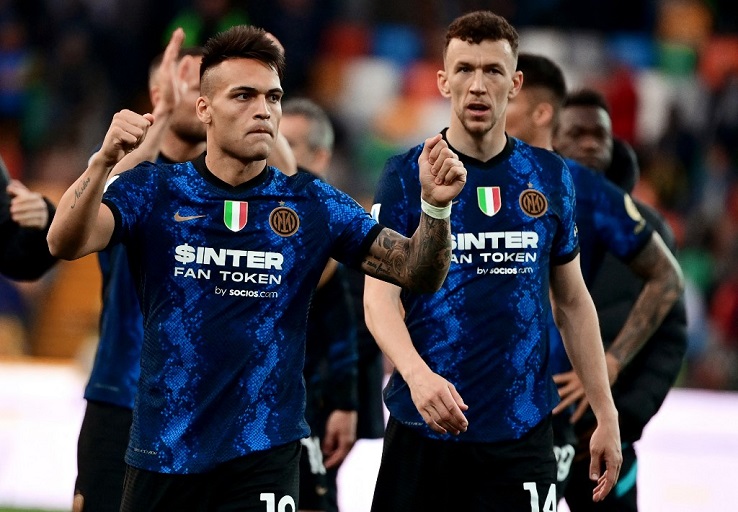 Serie A champions Inter Milan have the chance to go top of the table if they can beat Empoli on Friday.

Empoli on the other hand are in 14th place with 37 points after a 3-1 home defeat to Torino over the weekend.

The home team battled to a 2-1 victory away at Udinese courtesy of goals from Ivan Perisic and Lautaro Martinez.

Inter have the best home record in Italy’s top flight this season, picking up 39 points from their 17 matches.

Empoli have lost their last 8 matches against Inter, including a 2-0 loss in the reverse fixture in October last year.

This was followed by yet another 3-2 defeat to Inter in the Coppa Italia.

Can Inter muster a win here to keep their title defending hopes alive? Play here to make your predictions.

What time does Inter vs Empoli start?

The game kicks off at 7:45pm Kenyan time at the San Siro.

The hosts are unlikely to make any change to the team that beat Udinese over the weekend.

Though Nicolo Barella could be fit after suffering a knee injury but he may have to feature from the bench as Arturo Vidal starts.

Up front, Lautaro Martinez and Edin Dzeko will lead the attacking line in search for goals as they seek to reclaim first spot.

Valerio Verre and Petar Stojanovic will be absent for the visitors after they were both sent off in the defeat to Torino.

Simone Romagnoli and Andrea La Mantia are expected to be included to the starting XI.

Inter vs Empoli head to head

From the 22 games played between these two teams, Inter have won 19 times while Empoli have only ever won twice.

Only 1 game has resulted in a stalemate.

The home team have won 4 and lost just once in their last 5 matches, a 2-1 loss to Bologna.

Their opponents on the other hand have only managed one win in that run, losing 3 others.

No surprises are expected in this game, with Inter tipped to bag all three points in their quest to defend the Serie A title they won last season.