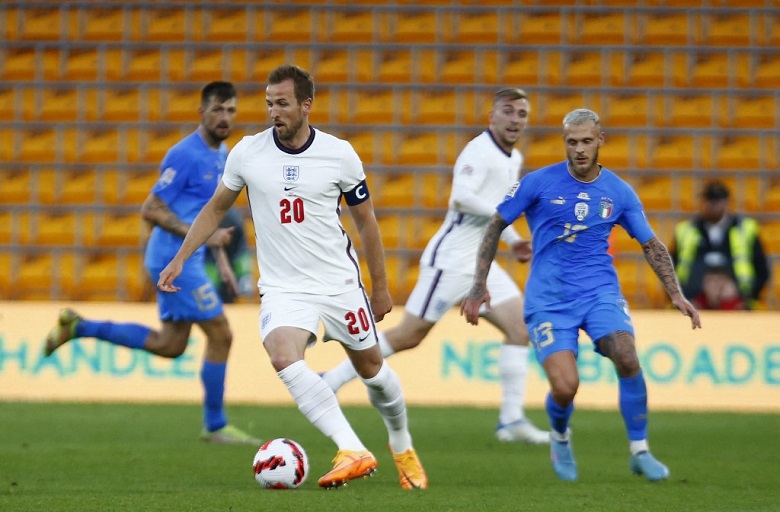 England travel to Italy for their League A: Group 3 clash desperate for their first UEFA Nations League victory.

Gareth Southgate’s side have not recovered from a 5-0 aggregate loss to Hungary over the course of two matches.

The 4-0 demolition was one of the worst defeats of his lengthy reign as Three Lions boss and they desperately need to bounce back.

They sit at the bottom of the table with 2 points, while Italy are in third place with 5 after they played out to a barren draw in June.

The Azzurri will be the highest-profile absentees at the World Cup this winter, having crashed to a shock defeat against minnows North Macedonia in the play-off semis.

There is loads of pressure on both coaches to deliver a good performance on the night and this will make for an entertaining match.

What time does Italy vs England start?

Ciro Immobile’s return to fitness is a big boost for Mancini after missing the first four Nations League fixtures.

Giacomo Raspadori will also start for the Azzurri to provide extra attacking options as well as Federico Chiesa.

There are no serious injury concerns for the home team and the rest of the squad will remain unchanged.

For the visitors, Reece James will start as wing back and his Chelsea teammate Ben Chilwell will be on the opposite flank.

Brentford forward Ivan Toney received his maiden call up but will settle for a place on the bench as Harry Kane leads the line.

Mason Mount, Jordan Henderson and Raheem Sterling are the most likely options behind the Spurs striker.

Italy vs England head to head

From 9 matches played between these two sides, Italy have won 3 times compared to England’s 1 win.

The remaining 5 games have resulted in a stalemate.

The hosts have won twice, drawn twice and lost just once in that run.

With the pressure on both sides, this could make this a low scoring game but Italy have a higher chance of coming out on top.