WILL GERMANY BOUNCE BACK AGAINST COSTA RICA TO BOOK LAST 16 SPOT? PREDICTION 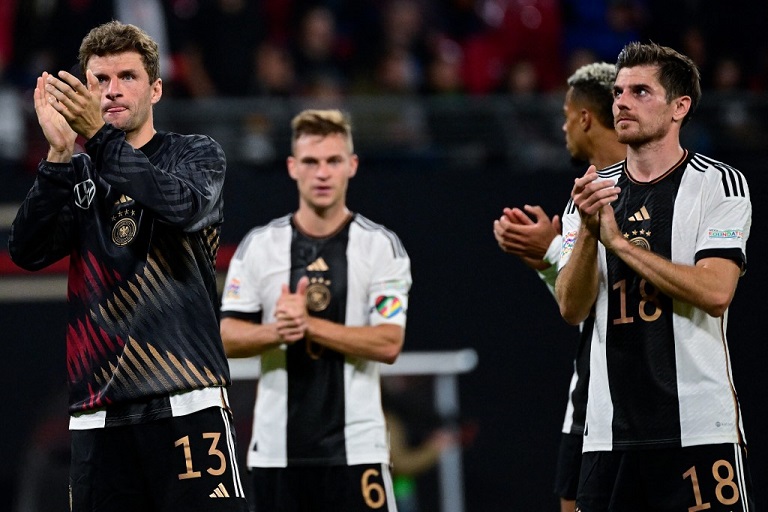 Germany are desperate to avoid yet another group stage exit and need all 3 points against Costa Rica to give them a chance at qualification.

A Germany win will not necessarily guarantee progression as it depends on the outcome of Spain’s game against Japan.

The Germans played out to a 1-1 draw against Spain in their last game to save face after an opening 2-1 defeat to Japan.

Costa Rica on the other hand recovered well from a 7-0 thumping by Spain to stun Japan 1-0 and keep their qualification hopes alive.

Spain have 4 points, one more than Costa Rica and Japan, while Germany are at the bottom with a point – still anyone from the group can qualify.

Should Spain and Japan play out a draw, Germany would need to win by at least two goals to pip the latter to second place.

Hansi Flick is just as desperate to avoid becoming the first Germany manager in history to fail to win any of his first three World Cup games.

The four-time winners have been struggling to find goals in their recent matches but will need to figure that out in this do or die encounter.

Can the Germans avoid a repeat of the 2018 tournament where they failed to make it past the group stage?

Make your predictions here for the clash.

What time does Germany vs Costa Rica start?

The game kicks off at 10pm Kenyan time at the Khalifa International Stadium.

Lukas Klostermann and Nico Schlotterbeck are both battling to displace Thilo Kehrer on the right flank but the latter may retain his place.

Ilkay Gundogan may play in a deeper role that may force Leon Goretzka out of the starting XI.

His absence means the now fit Leroy Sane will start in the attack alongside Thomas Muller and Serge Gnabry.

Kai Havertz and Niclas Fullkrug will have to settle for a place on the bench despite the latter’s thunderous equalizer against Spain.

Centre-back Francisco Calvo picked up his second booking of the tournament and will miss this game with Juan Pablo Vargas set to replace him.

Besides that, the team is likely to remain unchanged from the side that beat Japan.

There has only ever been one match played between these two sides with Germany coming out 4-2 winners back in 2006.

Costa Rica come into the game on the back of a more convincing run of form than their opponents, winning 3 games and losing just once in their recent run of five games.

The 2014 winners have only won once in their last five games, drawing twice and losing twice as well.

Despite Costa Rica’s admirable performance in their Japan win, Germany have enough talent and squad depth to muster a win here and await the results of the other group game.