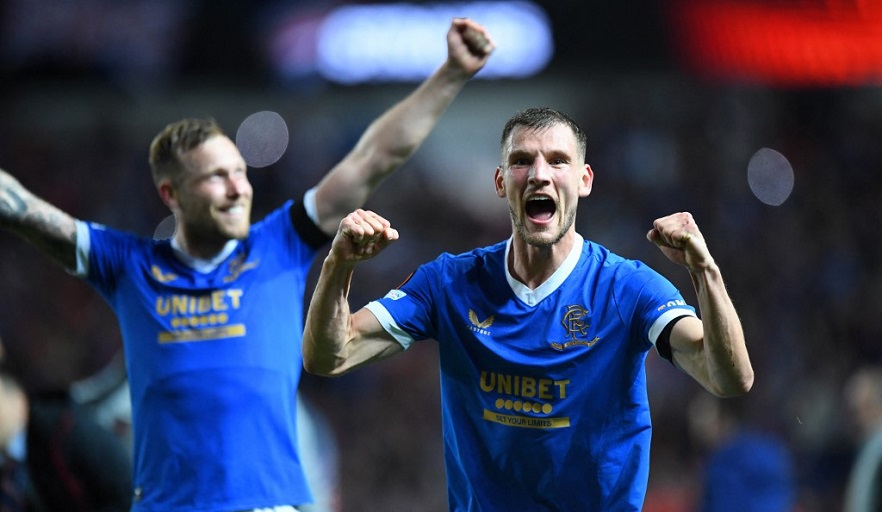 The curtains draw to a close in the Europa League as Eintracht Frankfurt and Glasgow Rangers face off in the final in Seville.

The Germans saw off West Ham 3-1 on aggregate in the semifinals to book a place in the final.

While Scottish side Rangers beat RB Leipzig 3-2 in the semis to confirm their participation in the showpiece final.

Frankfurt have been in fine form throughout the competition, winning all their games against favorites like Real Betis and Barcelona.

Only two sides have ever won the Europa League while remaining unbeaten in the process – Villarreal did so last year following Chelsea’s run three years ago.

Rangers could celebrate their 150th year anniversary with a European title, a first one since 1972.

Which of these two teams will top off their season with silverware? Make your predictions here.

What time does Frankfurt vs Rangers start?

The game kicks off at 10pm Kenyan time at the Ramon Sanchez-Pizjuan Stadium.

Martin Hinteregger suffered a hamstring problem that has ruled him out of the final.

Evan Ndicka however seems to have recovered well and is expected to feature in the starting XI alongside Almamy Toure.

Ansgar Knauff and Filip Kostic will start on the flanks for the Germans, to provide that extra flare to their attack.

Filip Helander and Alfredo Morelos are the main injury concerns for Rangers and are expected to sit on the sidelines.

Ryan Kent, Scott Wright and Borna Barisic were all rested over the weekend and will definitely return to the stating line-up.

Fashion Sakala and Amad Diallo will have to settle for a place on the bench.

Frankfurt vs Rangers head to head

This will be the first competitive match between these two sides.

A league defeat to Bayer Leverkusen is Frankfurt’s only loss in their last 5 games but have just managed to win two of the other games.

Rangers on the other hand are unbeaten in that run and come into the game on a four-match winning streak.

The prospect of a European title brings with it some tension and this could be a rather cagey affair that is likely to be settled in extra time.