WILL FAVORITES ENGLAND MAKE IT 2 IN 2 AGAINST SCOTLAND? PREDICTION 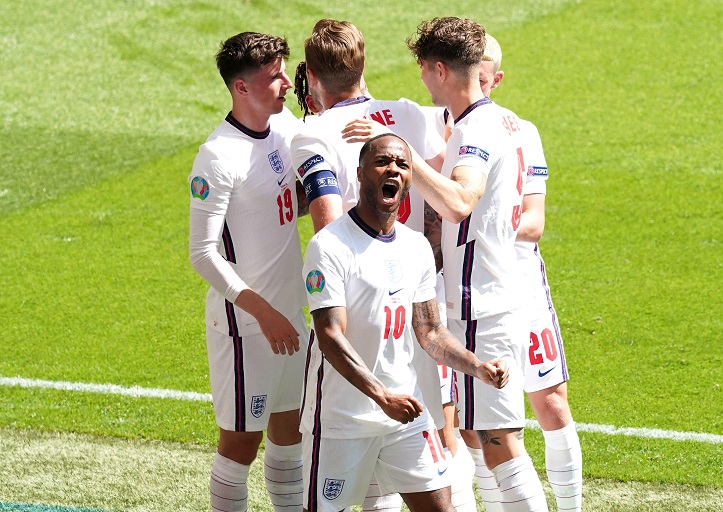 Gareth Southgate’s England team are looking to make it a perfect start to their Euro campaign when they take on Scotland on Friday.

Raheem Sterling was the man of the moment as England kicked off the tournament with a 1-0 victory over World Cup finalists Croatia.

Their opponents were not so fortunate as they suffered a 2-0 loss at the hands of the Czech Republic, leaving them bottom of Group D.

A victory for England would take the pressure off ahead of their final Group D fixture against the Czech Republic on June 22.

The Three Lions need to make the most of this tournament as they continue to seek a first pinch of international glory since 1966.

They have not made it past the quarters of the European Championship since reaching the final four in 1996, are unbeaten in their last four games with Scotland.

What time does England vs Scotland start?

The game kicks off at 10pm Kenyan time at the Wembley Stadium.

Kalvin Phillips and Kieran Trippier will surely be gifted starts after putting on a scintillating performance against Croatia.

Harry Maguire’s fitness is still in contention and Tyrone Mings is more than likely to retain his spot in the heart of the defense.

Harry Kane will undoubtedly lead the attacking line but it will be interesting to see whether Mason Mount gets the nod ahead of Phil Foden.

For the visitors, Arsenal defender Kieran Tierney is battling a calf problem, but there is a chance that he could return to the side.

Scott McTominay, Stuart Armstrong and John McGinn are all expected to start in midfield while Che Adams may come in to lead the attack.

England vs Scotland head to head

These sides have played 4 games against each other.

England are supreme, winning thrice and the final encounter ending in a draw.

The hosts come into the game on the back of a stellar seven-match winning streak.

Scotland on the other hand have only won twice in their last 7, drawing thrice and losing another two.

With all the pressure on England to win and their previous unblemished record against Scotland, the odds are in their favor to come out on top in this encounter.