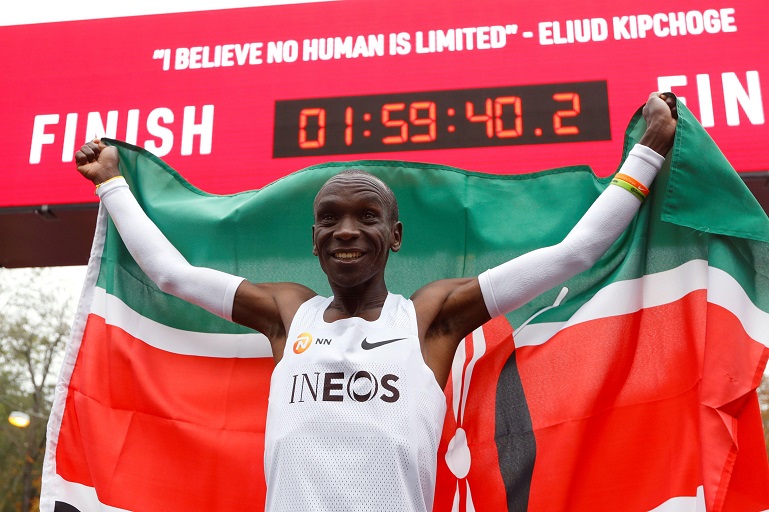 When the Tokyo 2020 Olympics draws to a close at the end of the week, all eyes will be on the marathon world record holder Eliud Kipchoge.

Widely regarded as the greatest marathoner of all time, Kipchoge will lead a line of renown athletes on Sunday, August 8 as he bids to defend his title.

He won the marathon at the 2016 Rio Olympics in a time of 2:09:44, with Feyisa Lilesa of Ethiopia coming in second ahead of American Galen Rupp who claimed bronze.

There are a number of high-profile runners who won’t feature in Tokyo, with Ethiopian legend Kenenisa Bekele topping that list.

Kipchoge, the four-time London Marathon winner, will be joined by compatriots Lawrence Cherono and Amos Kipruto in the Kenyan line-up.

“I have completed my training and I am really excited to race in Sapporo. For me, there is no greater race than competing for an Olympic medal.

“In Japan, I will defend my title from Rio, to win a second Olympic medal in the marathon would mean the world to me,” the 36-year old stated.

After what was known as the INEOS Challenge, where Kipchoge made it clear that no human is limited as per the slogan, he undoubtedly became the greatest marathoner of all time.

Ethiopia will be represented by Lelisa Desisa, Shura Kitata and Sisay Lemma, while Rio 2016 bronze medalist Galen Rupp is back representing America.

The women’s race will be held on Saturday, August 7 in Sapporo with the Kenyan hopes lying with record holder Brigid Kosgei.