WILL DENMARK REMAIN UNBEATEN WHEN THEY HOST AUSTRIA? PREDICTION 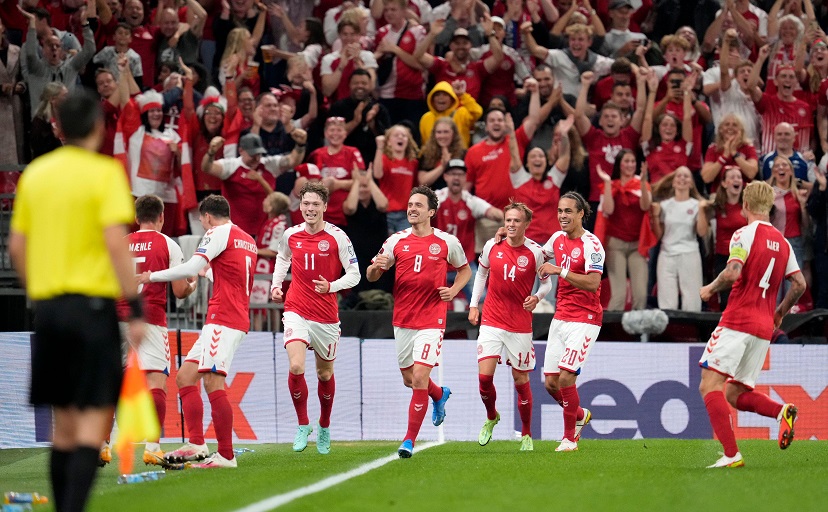 Group F leaders Denmark will host Austria on Tuesday night in the latest fixture of the 2022 World Cup Qualifiers.

The Danes are on an exemplary run of form that has seen them score 26 goals in their last seven matches, conceding none.

Austria on the other hand are coming off a 2-0 win against Faroe Islands to snap a two-game losing streak.

There is a good chance they will also be guaranteed the automatic qualification of topping the group by the end of Tuesday, as they currently sit seven points above second-placed Scotland.

The Austrians will need to put on the performance of their lives to avoid defeat if they are to keep their world cup hopes alive.

Play here to make your predictions for the Tuesday night clash.

What time does Denmark vs Austria start?

The game kicks off at 9:45pm Kenyan time at the Parken Stadium.

No players were rested in the last match against Moldova, meaning there could be some rotation in the Danish outfit.

Andreas Christensen and Pierre-Emile Hojbjerg are a card away from suspension and could be the most likely options to sit this one out.

Yussuf Poulsen has failed to score in six appearances but is still expected to start in the attacking third.

For the visitors, Marko Arnautović and Christoph Baumgartner, Valentino Lazaro, Philipp Lienhart and Aleksandar Dragovic are all out injured.

Stefan Ilsanker and Florian Grillitsch are also a card away from suspension but cannot afford to sit this one out, too much is on the line.

Denmark vs Austria head to head

These sides have gone up against each other three times before and no match has ever resulted in a draw.

The hosts have won twice and Austria were victorious on one occasion.

The Danes are on a seven-game winning streak in the qualifiers, the best by any team. Austria on the other hand have lost three times and won twice in their last five games.

With the form they have been on throughout the campaign, it is unlikely that Denmark will drop any points.