WILL CHELSEA GET OVER THEIR BLUES AFTER LAMPARD SACKING? 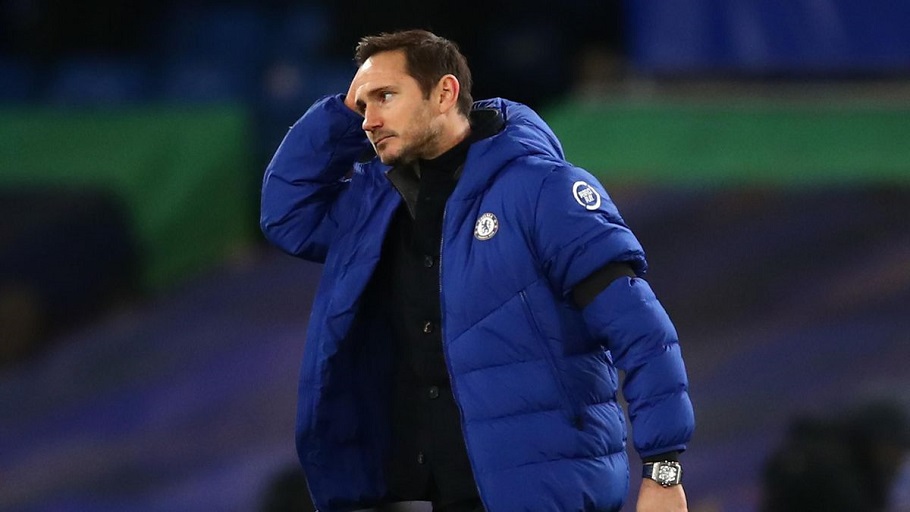 After taking charge of the club that he enjoyed so much success with, Chelsea sacked their all-time leading goal scorer just 18 months after being appointed as the head coach.

The Chelsea legend was the the 10th full-time manager appointed by Abramovich since the billionaire bought the club in 2003, with the boss reportedly spending 110 million pounds on sacking managers before the Englishman’s dismissal.

In a statement, Chelsea said “results and performances have not met the club’s expectations, leaving the club mid-table without any clear path to sustained improvement”.

Lampard, who is the clubs leading scorer with 211 goals, had a serious case of the Monday blues as he was shown the door after a dismal run of one win in 5 league games left them in 9th place with 29 points.

Thomas Tuchel, who left Paris Saint-Germain in December and previously managed Borussia Dortmund, will sign an 18-month contract to be Chelsea’s next head coach, with an option to extend for a further 12 months.

It would be harsh and unfair not to give credit where it’s due as Lampard enjoyed a commendable first season in charge, guiding Chelsea to a 4th place finish as well as the FA Cup final which they eventually lost to London rivals Arsenal.

All this was achieved despite Chelsea dealing with a transfer ban which did not allow them to sign any new players and during this time he had to deal with the loss of talisman Eden Hazard, who left to join Spanish giants Real Madrid.

The now former Chelsea boss also secured qualification for the Champions League after giving first-team roles to a number of academy graduates, who all reacted on their social media platforms after the shocking news on Monday afternoon.

Players such as Reece James, Tammy Abraham, Billy Gilmour, Callum Hudson-Odoi and Mason Mount all became regulars in the first team under Lampard and were visibly more dismayed than their teammates due to the news.

Mount, who also played under Lampard at Derby County in the championship, was a clear favorite of the gaffer and captained Chelsea for the first time in a 3-1 FA Cup win against Luton over the weekend, a game that eventually turned out to be Lampard’s last in charge.

“As a Chelsea fan growing up I’ve always looked up to you, idolised you. I can’t explain what it’s been like to play under you, the whole journey has been surreal,” James said in a heartfelt message to Lampard.

“I cannot thank you enough for putting my trust into me and giving me the opportunity to play for my boyhood club! Thank you so much for all you have taught me, which I will continue to use throughout the rest of my career,” he added.

The 2020/21 season has been far from Chelsea’s best so far, winning only 8 of the 19 games they have played and losing a disappointing six times, leaving them 11 points behind league leaders Manchester United.

But after being given more than £200m to spend on new players in the summer, the criticism rose after his handsome flock of new signings continue to show that they have not yet adapted to life in the English top flight.

We have all seen Chelsea Roman Abramovich’s reluctance and ruthlessness in the past when managers do not deliver and after that spending spree failed to produce worthy results, many saw this time coming despite Lampard’s history with the club.

“There can never be a good time to part ways with a club legend such as Frank, but after lengthy deliberation and consideration it was decided a change is needed now to give the club time to improve performances and results this season,” Chelsea continued in their official statement.

The news took the football fraternity by surprise, especially after understanding the gravity of the situation and the deep-rooted ties that Lampard has with the club, many thought he would be given at least the end of the season to try and turn his fortunes around.

“When I took on this role I understood the challenges that lay ahead in a difficult time for the football club,” Lampard said in a statement to the League Managers Association.

“I am disappointed not to have had the time this season to take the club forward and bring it to the next level,” the 42-year old stated,

Lampard’s points-per-game average of 1.67 is the lowest of any permanent Chelsea manager in the Premier League.

During the Abramovich era, only Andre Villas-Boas (47.5%) has a worse win rate than Lampard’s 52.4%, in all competitions among permanent Chelsea bosses.

Former Chelsea boss Jose Mourinho, who won back to back Premier League titles with the club, also reacted to the sacking stating:

“It is the brutality of football. Anything can happen in football now, every time somebody loses their job it is sad news but he is a big boy with a strong personality and strong mentality. I’m sure he will bounce back.”

Crystal Palace manager Roy Hodgson also reacted to the news and further reiterated the fact that he should have been given more time to prove his worth at the club.

“It saddens me. I thought he did an excellent job last season. I was rather hoping that the idol of the fans and Chelsea legend that he is, he’d get a longer shot than 18 months,” he commented.

“Managers who have had short stays at Chelsea have gone on to have good careers elsewhere. When you’re sacked for the first time, it is devastating. There’s no doubt he has a pedigree to be a very good manager,” Hodgson concluded.