WILL CHAMPIONS LIVERPOOL GET INTO THE TOP 3 WITH A WIN AT LEICESTER? 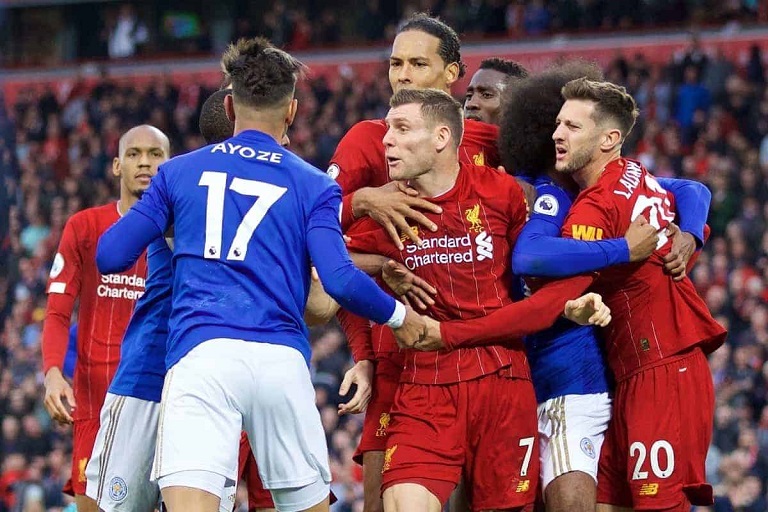 Liverpool have already broken the record for the worst title-defending campaign at this stage of the season and need to save face by avoiding a third straight defeat this Saturday.

They travel to a Leicester City side that is sitting in third place with 40 points, three more than the visitors who are in fourth place on the EPL log.

The Reds were 19 points clear at the top after 23 games of 2019-20 but now find themselves 10 points adrift of leaders Manchester City having played a game more, not to mention five points behind second-placed Manchester United

The foxes last league fixture was a barren draw away at struggling Wolves and since needed a 93rd minute header from Kelechi Iheanacho to beat Brighton 1-0, booking a place in the FA Cup quarters.

Leicester have already lost more home games this season than they did throughout the whole of 2019-20, and another loss would see Brendan Rodgers suffer six home league defeats in a season for the first time in his career.

What time does Leicester vs Liverpool start?

The game will kick off at 3:30pm Kenyan time at the King Power Stadium.

The home side may have to do without the duo of Ayoze Perez and the in-form James Justin, who both suffered minor injuries in the narrow win against Brighton in midweek.

Christian Fuchs and Wilfried Ndidi may be included in the starting XI.

James Maddison, who has been involved in 6 goals in the last 6 games, will start alongside Jamie Vardy and Harvey Barnes.

For the visitors, Thiago Alcantara and Fabinho are the only concerns after not being part of training this week but they have had a week break and should be well prepared for the task at hand.

The front three of Mohamed Salah, Roberto Firmino and Sadio Mane will be expected to turn up with the goals for Jurgen Klopp’s charges.

Leicester vs Liverpool head to head

Leicester have only won 5 out of the 23 games played between the two sides, compared to Liverpool’s superior record of 14 victories.

Another 4 matches have ended in a stalemate.

Both teams have won twice in their last 5 matches but Leicester have drawn another two and lost only once.

Liverpool on the other hand have lost three times in their last five games.

Both teams have the ability to score goals and there will not be a lack of them in the encounter but with both teams currently going through a rough patch, a draw could be the most likely outcome.