WILL BRAZIL BREAK THEIR POOR QUARTERFINAL RUN AGAINST CROATIA? PREDICTION 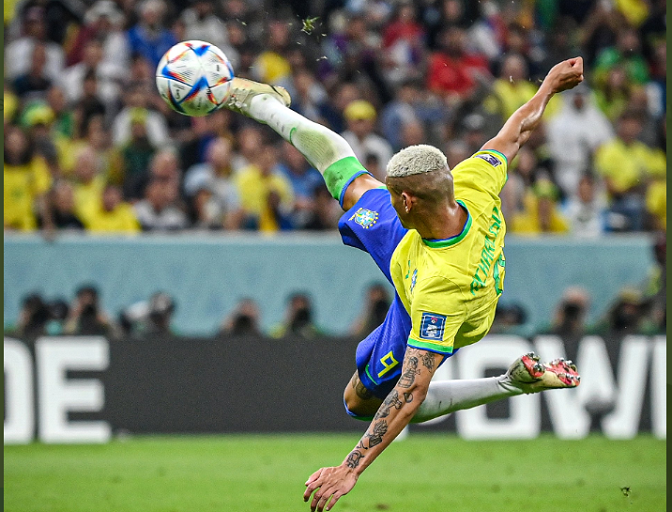 World Cup favorites Brazil are keen on breaking their quarterfinal duck when they take on Croatia in the first match of the last eight.

The Selecao have lost three of their last four quarterfinal appearances in the tournament, including a 2-1 defeat to Belgium in 2018.

Meanwhile, Croatia were second best at the 2018 edition of the tournament, going all the way before losing 4-2 to France in the final.

Zlatko Dalic’s side reached the round of 16 after finishing second in Group F with five points in three games before knocking out Japan on penalties to reach this stage.

Brazil on the other hand topped their group despite a final 1-0 loss to Cameroon and went on to demolish South Korea 4-1 in the round of 16.

Croatia and Brazil have faced each other four times in history and the Canaries went unbeaten in all of those matches.

Croatia have suffered just one loss through their last 11 World Cup matches, which was the defeat in the 2018 final vs France.

Five-time winners Brazil are looking to win the trophy for the first time in two decades, with their last triumph coming in 2002.

The winner of this quarterfinal clash will take on either Netherlands or Argentina, who take to the pitch later on Friday.

Will Neymar guide his side to victory and a step closer to the December 18 final? Click here to make your predictions for the clash.

What time does Brazil vs Croatia start?

Following their supreme first half performance against the Koreans, Tite is unlikely to make any changes to the starting XI.

Neymar is fit to start and will lead the attacking line with Vinicius Junior and Richarlison, who were both on target in the round of 16 clash.

Lucase Paqueta bagged the other goal and will start in midfield alongside Casemiro while Thiago Silva commands the back line.

For Croatia, Mario Pasalic has done enough to cement a place in the starting line-up, flanked by Andrej Kramaric and Ivan Perisic.

Luka Modric and Matteo Kovacic will provide the options in the middle of the park as they seek some creative juices to incite a famous win on the day.

Brazil vs Croatia head to head

Croatia remain winless out of the four games played against Brazil, with the 1-1 draw in 2005 being the only point they have amassed against their opponents.

Despite being unbeaten in their last five games, Croatia have drawn three times and only registered two wins in that run, while Brazil have lost once and won the remaining four games.

Both sides have only conceded twice this far into the tournament but all this is set to change in this match. Both teams are tipped to score with the game providing over 2.5 goals.