WHO’S YOUR MONEY ON? A LOOK INTO 5 EPL MATCHES AS THE NEW SEASON KICKS OFF 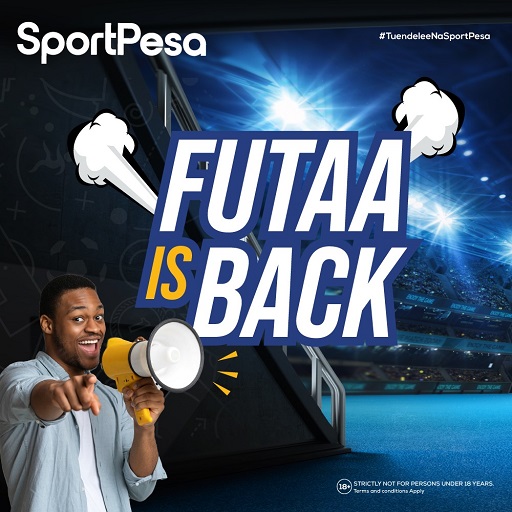 After months of waiting, the new season of the English Premier League is set to kick off this Friday, August 5 with Crystal Palace hosting Arsenal.

The summer transfer window is still open to EPL clubs and there is still room for teams to bolster their squads ahead of this scintillating new season.

Manchester City are the defending champions after finishing the season with 93 points, one ahead of Liverpool after a heart-wrenching last day of league action.

Liverpool got their revenge as they started their season with a comfortable 3-1 win against their rivals to win the FA Community Shield last Saturday.

We bid farewell to Norwich City, Burnley and Watford who were relegated to the Championship.

While Bournemouth and Fulham earned promotion back into the top flight, as well as Nottingham Forest who are making a comeback after a 23-year hiatus.

As we prepare for a weekend filled with football action, SportPesa’s blog has a look at the top 5 games set for this weekend.

You can click here to place a wager on either game, do not miss out on this opportunity to play and make it count!

There is a lot riding on this being the first game of the season but Arsenal have been very busy during the transfer window and are expected to control proceedings.

New signing Gabriel Jesus is set to make his EPL debut after a convincing pre-season tour with the Gunners.

Palace beat Arsenal 3-0 the last time these two sides met in April and the first leg in October ended in a 2-2 draw, meaning Mikel Arteta’s side are itching to get one over their opponents.

Despite Arsenal winning 10 out of the 20 games played between these two sides, they have only won once in the last 8 matches.

PREDICTION: Both teams are expected to score in this game, though Arsenal may have enough gas in their tank to grind out a win.

Newcomers Fulham have an uphill task in their first match of the new EPL season as they host runners-up Liverpool.

Nunez is already off the mark having scored in last week’s victory over Man City but may have to settle for a place on the bench to allow Luis Diaz and Mohamed Salah room to start.

Liverpool have won 19 out of the 31 matches played between these two, compared to Fulham’s 7 wins but Marco Silva’s side were 1-0 winners the last time they met.

PREDICTION: Fulham tend to score more goals at Craven Cottage and it will not be any different here, though Liverpool are more likely to start their season with all 3 points.

Antonio Conte’s side are also a new-look side as they continue their quest to win their first ever English Premier League title.

The hosts have acquired the services of former Everton forward Richarlison, Ivan Perisic and loanee Clement Lenglet as they kick start this new season.

Spurs failed to beat Southampton last season, losing 3-2 at home in the second leg following a 1-1 draw at St. Mary’s.

Southampton have only won one game during pre-season while Tottenham have won three times and lost just once to Jose Mourinho’s Roma in that period.

PREDICTION: This is not expected to be a high-scoring game but Spurs will come out on top and get their season off to the perfect start.

The visitors come into their first match of the season seeking revenge after failing to beat Everton in either of their league games last season.

Everton beat Chelsea 1-0 in the reverse fixture after both sides played out to a 1-1 draw earlier in the season.

With the loss of Richarlison and barely surviving relegation last season, Frank Lampard’s charges are desperate to start their season in fine fashion.

Chelsea lost Romelu Lukaku to Inter Milan but replaced him with Raheem Sterling from Man City, with the latter already scoring for the Blues during pre-season.

The addition of Kalidou Koulibaly has also strengthened their defensive capabilities after losing Toni Rudiger to Real Madrid at the end of last season.

Everton have only beaten Chelsea 11 times out of the 53 games played between the two, compared to Chelsea’s 28 victories.

The Norwegian forward is already under scrutiny following a below average performance in the Community Shield but is expected to start alongside Riyad Mahrez and Jack Grealish.

The Hammers have not beaten City in the league for the past three seasons and have quite a lot to do if they are to get all three points from this game.

Their star performer from last season, Jarrod Bowen, will lead the attacking line as they seek a first win in their last four games.

City on the other hand have only lost once, the 3-1 loss to Liverpool, in their last 5 pre-season games and are hoping to bounce back to winning ways.

PREDICTION: This is a tough one to call but a draw could be the most likely outcome for the defending champions.