CAN PSG GET OFF THE MARK AGAINST MAN CITY? PREDICTION 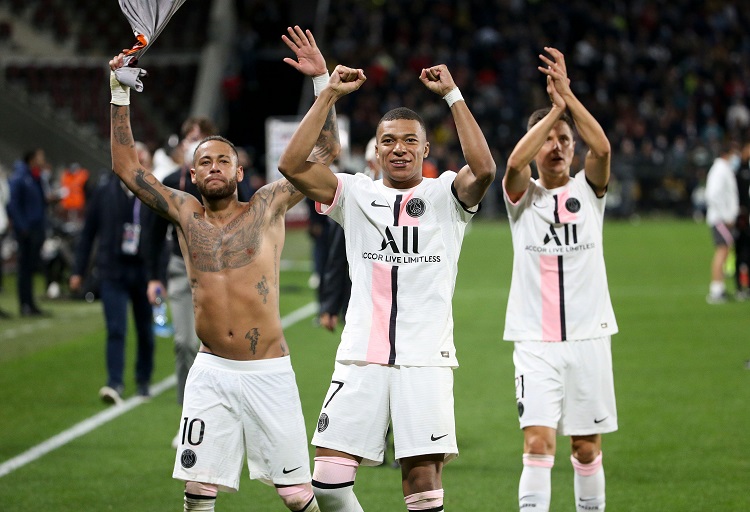 There is lots of pressure on PSG to get a first win of the Champions League season when they host Manchester City on Tuesday.

Man City are top of Group A after a scintillating 6-3 win over RB Leipzig on match day one, while PSG were held to a 1-1 draw by Cercle Brugge.

PSG finally assembled the ensemble of Lionel Messi, Kylian Mbappe and Neymar together for the first time in their Champions League opener.

Despite all that attacking threat, they failed to bag all three points and need a win to prevent the English side from taking an unassailable lead.

The opening-day draw with Brugge represents the only game this season so far that PSG have failed to score at least twice.

Here we have a look at both sides ahead of the mouthwatering encounter. Play here to make your predictions for the game.

What time does PSG vs Man City start?

Angel Di Maria is suspended for the game and Lionel Messi is doubtful after bruising his bone but could be on the bench for the hosts.

Sergio Ramos and Marco Veratti are also sidelined with injuries.

Mauricio Pochettino will have to rely on the services of Kylian Mbappe and Neymar up front to provide the goals.

For the visitors, Oleksandr Zinchenko and Ilkay Gundogan picked up knocks and Pep Guardiola will be hoping that both men will recover in time for the match.

Other than that, there are no injury concerns for City.

They have played 5 games and City have won three, with the remaining two resulting in a draw .

Both sides have identical records coming into the game. Neither side has lost in their last 5 matches, only dropping points once.

This match has the potential to be a cracker of an encounter filled with goals. Both sides have enough quality to produce goals but a high-scoring draw could be the most likely outcome.