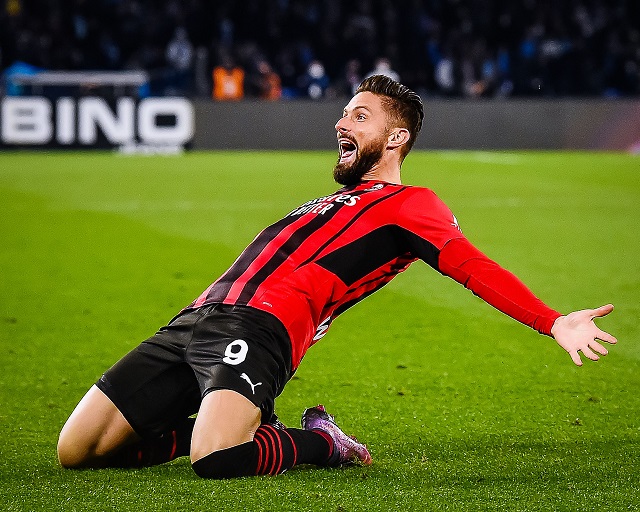 AC Milan are hoping to return to winning ways in the Serie A this Saturday as they host rivals Juventus in a mouthwatering test.

Milan lost 3-0 to Chelsea in their midweek Champions League clash, while Juventus were 3-1 winners against Maccabi Haifa.

In the Serie A standings, Milan are in 5th with 17 points, four more than 7th placed Juventus.

The Rossoneri have lost just once in 24 Serie A games while Juve have failed to win their last five away games in Serie A.

Trailing Juventus by 15 Scudetto in the all-time records, the Rossoneri drew both of their matches against the Turin club last season, on their way to a 19th Italian title.

Juve have picked up only 2 points from 3 Serie A away matches this season; only once in the last 40 years have they failed to win any of their first 4 on the road.

What will be the outcome in this potentially explosive encounter? Make your predictions here.

Alexis Saelemaekers, Simon Kjaer and Davide Calabria came off injured in the win over Empoli and are unavailable.

Charles De Ketelaere and Sergino Dest could drop out of the Milan lineup on Saturday, as Stefano Pioli makes changes.

Top scorer Rafael Leao will lead the attacking line and will be supported by Ante Rebic in the final third.

For the visitors, Paul Pogba and Federico Chiesa remain injured but the squad will remain unchanged.

Dusan Vlahovic will continue to be the main man up front, with support from Arkadiusz Milik and Angel Di Maria.

Juve have the advantage with 31 wins from the 66 games played between these two sides.

Milan have come out on top on 15 occasions, with the remaining 20 resulting in a stalemate.

Both sides have lost 2 games in their recent run of 5 matches, though Milan have won the remaining 3 while Juve have won twice.

This will be a closely contested affair and both sides have string enough squads to challenge for victory. Though, another draw could be on the cards.