WHO WILL LIFT THE EURO TROPHY, ENGLAND OR ITALY? 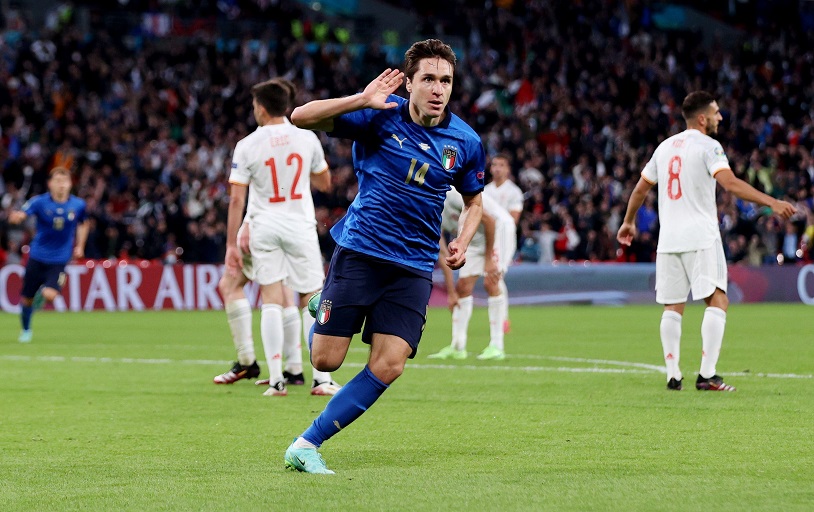 England are desperate to win a first title in 55 years when they go up against Italy in the Euro 2020 final at Wembley on Sunday evening.

This is England’s first final appearance at a major tournament since that famous extra-time success over West Germany in 1966.

Now in their first-ever European Championship final, England battle a formidable Italy team that have plenty of momentum of their own after a hugely impressive campaign.

Italy booked a place in the final after beating Spain 4-2 on post-match penalties after a 1-1 draw in normal time.

England on the other hand, needed an extra-time Harry Kane goal after a missed penalty to beat Denmark 2-1, to cement their place in Sunday’s final.

This will be the toughest test England have had to face in years as they go up against an Italian outfit that are unbeaten in 33 games.

After failing to qualify for the 2018 FIFA World Cup, Italy are on course to win their second ever Euro title.

What time does England vs Italy start?

The game kicks off at 10pm Kenyan time at the Wembley Stadium.

Gareth Southgate is not expected to make any changes to the side that started against England.

The fans have been complaining about the inclusion of Aston Villa’s Jack Grealish to the starting line-up and the England manager may be forced to budge.

Grealish could come in to replace Bukayo Saka, to start alongside Raheem Sterling and Mason Mount in support of captain Harry Kane.

Full backs Kyle Walker and Luke Shaw have been in top form and will be key to England’s attacking options on the night.

For the Italians, Ciro Immobile has failed to really make an impact but should retain his starting place leading the attacking line.

Federico Chiesa’s wonder goal inspired the win against Spain and he is expected to start on the opposite flank with Lorenzo Insigne.

Domenico Berardi, Andrea Belotti and Matteo Pessina may all have to settle for a place on the bench.

England vs Italy head to head

These teams have gone up against each other 7 times and Italy hold the advantage, winning three times.

There have been three draws between these sides.

England have won only once in 2012, courtesy of goals from Jermaine Defoe and Phil Jagielka.

Roberto Mancini’s Italy have not lost in 33 games and in their recent run of five matches, they have only drawn once.

England are also on an unbeaten run from their last 5 matches, drawing only once.

This has the billing to be a cracker of an encounter with both teams definitely scoring a goal at least. It could be decided after the 90 but Italy could edge England and break their title-winning dream.

4 thought on “WHO WILL LIFT THE EURO TROPHY, ENGLAND OR ITALY?”