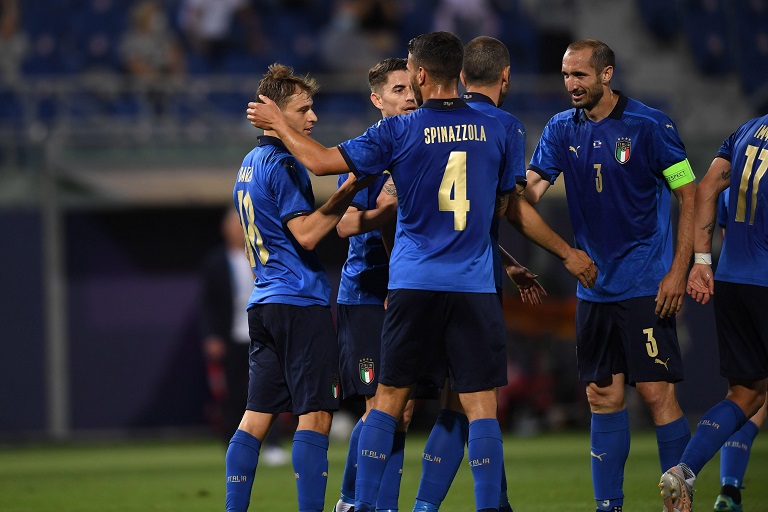 A year after the European Championships were delayed due to the ongoing coronavirus pandemic, the first game finally kicks off this Friday.

Twenty four nations are going for glory with games spread all over the continent, and Italy are looking to win the Euros for a second time after lifting the trophy on home soil in 1968.

Italy are favorites to come out on top of a Group A that has Turkey, Switzerland and Wales.

Head coach Roberto Mancini declared his intent to go for Gold at the championships and will need to be wary of a Turkey side that could prove to be a surprise package.

Both teams had successful runs in qualification and now all their preparation goes to the test in the opening game of the tournament.

What time does Turkey vs Italy start?

The game kicks off at 10pm Kenyan time at the Stadio Olimpico in Rome.

Milan’s Hakan Calhanoglu is part of the inspiration behind some of their recent eye-catching performances and will be the point man in attack.

The likes of Burak Yilmaz and Cengiz Under are perfect back-ups for coach Senol Gunez.

The defensive line will be solid with Caglar Soyuncu, Liverpool’s Ozan Kabak and Mehdi Demiral of Juventus.

For the Azzurri, Ciro Immobile is the most likely option to start up front.

Nicolo Barella and Lorenzo Insigne have also been in top form and are expected to be the key components in the Italian midfield.

Turkey vs Italy head to head

Turkey have never beaten Italy in the three matches that they have played against them.

Italy have won once and the last two games have ended in identical 1-1 draws, the last one coming in November 2006.

Italy have the upper hand in terms of recent form, coming into the game on the back of an 8-match winning streak.

Turkey haven’t lost in their last 5 games either, winning three and drawing twice.

Most odds are for an Italy victory but the resilience the Turkish outfit has shown in recent months may prove to be a hurdle. A draw could be the outcome in this opening fixture.