WHO WILL RULE THE LONDON DERBY, SPURS OR CHELSEA? PREDICTION 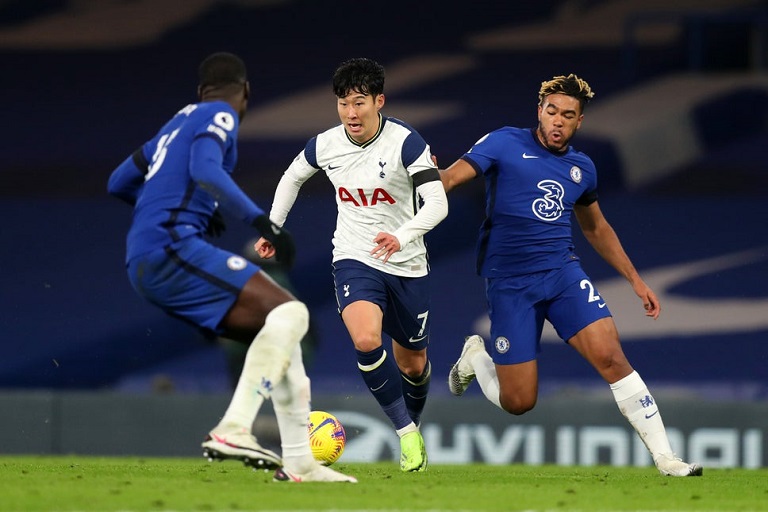 Thursday night football does not get any better than this as new Chelsea coach Thomas Tuchel and Tottenham’s Jose Mourinho go up against each other for the first time in their coaching careers.

Tuchel will come into the game in high spirits after registering his first win of the season, a 2-0 win against Burnley courtesy of goals from Cesar Azpilicueta and Marcos Alonso.

The win brought the blues level on points with Tottenham (33), with the latter in sixth place and Chelsea a place below in seventh.

Dominant FA Cup victories over Marine and Wycombe Wanderers since the turn of the year have done little more than paper over the cracks for Tottenham, and while they also have an EFL Cup final with Manchester City to look forward to in April.

With fifth-placed West Ham United facing a taxing trip to another European-chasing side in Aston Villa, a crucial win for Tottenham would mean a lot for their quest for a first ever league title.

What time does Tottenham vs Chelsea start?

The game kicks off at 11pm Kenyan time at the Tottenham Hotspur Stadium.

The important duo of Harry Kane and Dele Alli still remain on the sidelines through injury so the capable Heung-Min Son will lead the attack most likely alongside Steve Bergwijn and Lucas Moura.

Tanguy Ndombele, who has been on an improved and motivated run of form, was forced off in the 1-0 loss to Brighton and remains doubtful for this encounter.

Carlos Vinicius will be hoping to be included in the starting XI as well as the prodigal son Gareth Bale, who only came off the bench against Brighton.

Chelsea are only concerned with the fitness of Hakim Ziyech but aside from that, Tuchel has a rather full squad to choose from.

Christian Pulisic may return to the starting line-up but Kai Havertz will have to settle for a place on the bench.

Tottenham vs Chelsea head to head

Chelsea have been superior in recent past winning 30 matches from the 55 matches they have played against each other.

Spurs have only managed 10 wins, with the remaining 15 matches ending in a draw, including the last two times these sides met.

There’s a lot more riding on this as they come into the game after back to back defeats to Liverpool and Brighton.

Aside from that, they have won twice and drawn another game in their last 5 outings.

Chelsea have also lost twice in their last 5 games and drawn once and won the remaining two, as they seek to make it back to back wins under their new manager.

Despite a barren draw in the last game and a lack of goals from either side in the recent past, this match should promise goals from both sides.

It’s tough to pick a winner here so I am leaning towards a high-scoring draw.