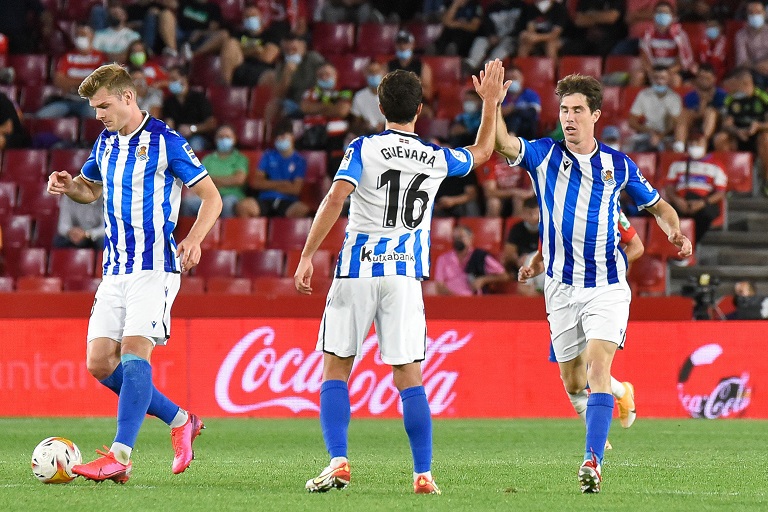 Monaco host Real Sociedad in Group B of the UEFA Europa League, knowing that victory will see them qualify for the knockout stages.

Both teams remain unbeaten in this edition of the tournament but Monaco are top of the Group with 8 points.

Sociedad on the other hand are in second place with six points, after only managing one win thus far.

Monaco are winless in their last three league games, Kovac’s side fighting back from two goals down against Lille at the weekend to add another point to their collection.

Sociedad head into this contest having lost top spot in Spain’s top flight courtesy of a goalless draw against Valencia.

Play here to make your predictions for the mouthwatering Thursday night clash.

What time does Monaco vs Sociedad start?

The game kicks off at 11pm Kenyan time at the Stade Louis.

Wissam Ben Yedder is yet to make a start in the competition but is likely to be handed a place in the starting XI.

Gelson Martins is also set to be handed a start to replace Krepin Diatta who is out injured.

For the visitors, Mikel Oyarzabal is set to make his first start in two months.

Alexander Isak and Alexander Sorloth are both pushing for the nod to lead the Sociedad attacking line.

Monaco vs Sociedad head to head

The visitors have won once and the only other game played between them has resulted in a draw.

The hosts are on a poor run of form coming into the game, having won only once, lost once and drawn their last three matches.

Meanwhile, Sociedad are unbeaten in their last five games, winning three and sharing the spoils in two matches.

This game has plenty lying on it so it will be an edgy encounter, a draw could be the most likely outcome.