IT’S ALL SQUARE BETWEEN NAPOLI AND BARCELONA? WHO WILL QUALIFY? PREDICTION 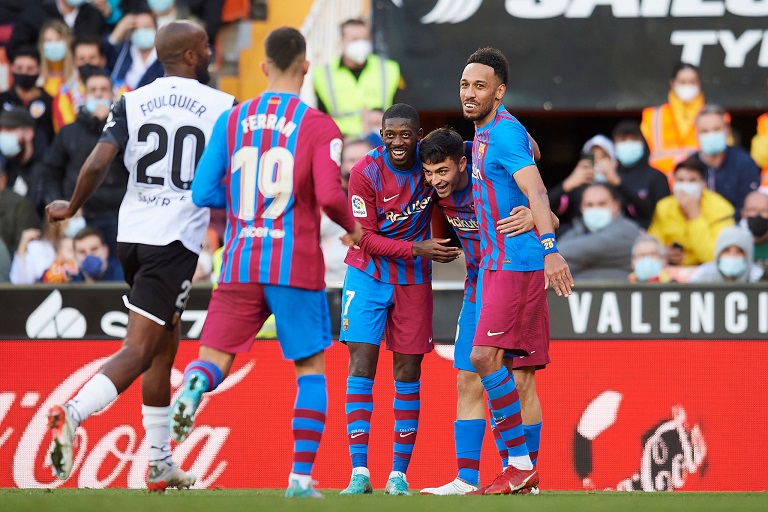 The first leg at the Nou Camp ended in a 1-1 draw, with Piotr Zielinski and Ferran Torres scoring for their teams.

In previous tournaments, Napoli would boast the upper hand in this tie, but the abolition of the away goals rule means that it is all to play for.

Barcelona dropped to the Europa League for the first time in 20 years and are on the hunt for their maiden title.

Barcelona were forced to settle for a 1-1 draw on Napoli’s turf during the 2019-20 Champions League last-16 before winning 3-1 at home.

Who will qualify for the next round of the competition? Play here to make your predictions.

What time does Napoli vs Barcelona start?

The game kicks off at 11pm Kenyan time at the Diego Armando Maradona Stadium.

The hosts have numerous injury concerns ahead of the game with the likes of Hirving Lozano, Zambo Anguissa, Lorenzo Insigne, Matteo Politano and Giovani Di Lorenzo all out.

The reliable Victor Osimhen and Andrea Petagna are fit and will lead the home team’s attack.

For the visitors, Dani Alves will sit this one out as he is ineligible to play in the tournament.

Gerard Pique is back after serving a suspension over the weekend.

The front three of Adama Traore, Ferran Torres and Pierre-Emerick Aubameyang are all set to start.

Napoli vs Barcelona head to head

These two teams have gone up against each other on seven previous occasions and Barcelona hold the advantage after 4 wins.

Napoli have won just once and the remaining two have resulted in a draw.

Both teams are unbeaten in their last five matches, Napoli winning twice and sharing the spoils in the others.

Barca have won three times and drawn twice in that run.

This will be a tough one to call but with all that is on the line for both teams, a goal at least for each is a likely outcome.