GROUP B IS TIED, WHO WILL MAKE IT INTO THE OLYMPICS QUARTERS? 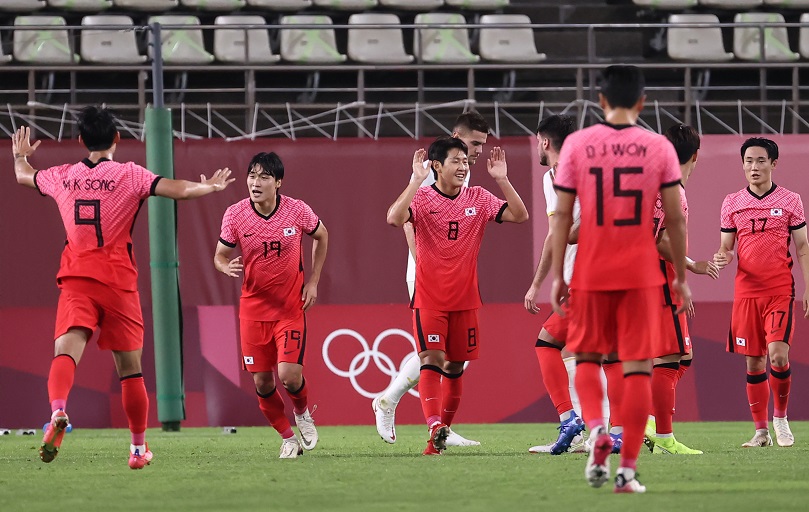 Every team in Group B is tied with 3 points as they go into the last game before the quarterfinals of the mens football at the Tokyo 2020 Olympics.

It’s do or die for all the teams as South Korea lead on goal difference ahead of second place Honduras.

The two top teams face off at the Yokohama International Stadium on Wednesday at 1:30pm Kenyan time, needing nothing less than a win to qualify.

A draw would only potentially be enough for Honduras to advance should New Zealand and Romania also draw in the other game in the group.

South Korea kicked off the tournament with a 4-0 thrashing of Romania, before going down 1-0 to New Zealand a couple days later.

Having advanced from the group stage in three of the last four Olympics, including when finishing third in London in 2012, South Korea’s sterling record in this competition came under serious threat after the defeat to New Zealand

The win for New Zealand came at the perfect time after they had suffered a 3-2 loss to Honduras in their opening game.

Romania then beat Honduras 1-0 to even the playing field to ensure that all teams go into the final Group matchday with 3 points a-piece.

Romania and New Zealand will lock horns at 1:30pm as well at the Sapporo Dome, with progression to the quarters still a reality for both sides.

New Zealand, on the other hand, have never made it to the final eight at this tournament, making Wednesday’s test against Romania all the greater.

Which two teams will qualify from Group B? Play here and make your predictions ahead of the mouthwatering final Group stage encounters.