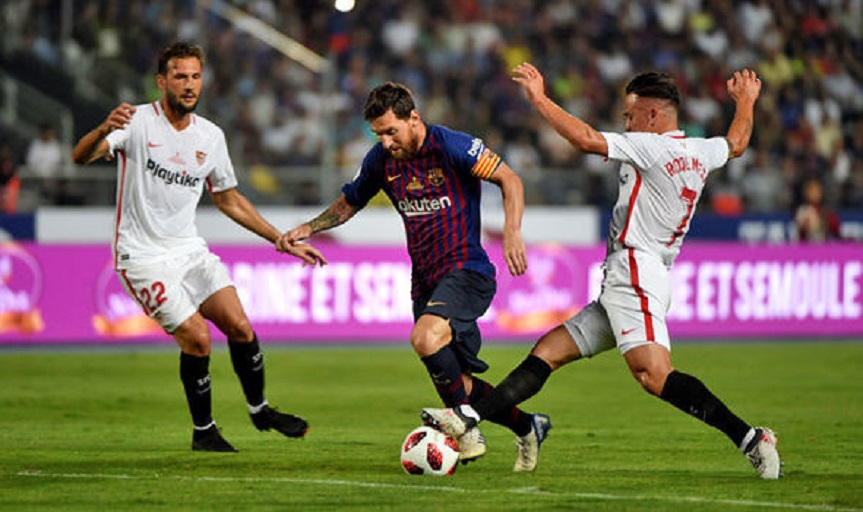 Both teams come into the Wednesday night Copa del Rey semi-final first leg on the back of an impressive run of form meaning Spanish football is in for a midweek treat.

Sevilla have won their last seven games in all competitions, six of those without conceding, while Barca have won six in a row and the winners of this tie will go on to face either Athletic Bilbao or Levante in the final.

Extra time was required for Ronald Koeman’s charges to overcome Cornella and Granada in two of the previous three rounds of the Copa del Rey, with the other victory coming against Rayo Vallecano.

Sevilla also required the additional 30 minutes to see off Leganes in the last 32, before then easing past Valencia and beating Almeria to set up this semi-final.

In La Liga, Barcelona are in second place with 43 points, level with rivals Real Madrid but the Catalans boast a better goal difference.

Sevilla on the other hand are in fourth place but are only one point behind the visitors.

SportPesa Kenya’s blog has a look at all the need to knows ahead of the semi-final clash.

What time does Sevilla vs Barcelona start?

The game kicks off at 8pm Kenyan time at the Estadio Ramon Sanchez Pizjuan.

Former Barcelona midfielder Ivan Rakitic returns to the squad after serving a one-match suspension, which will be a huge boost for Julen Lopetegui’s side.

There are plenty option sin attack for Sevilla and it will be interesting to see how Lopetegui shuffles his squad amid a run of hectic fixtures.

Youssef En-Nesyri and Lucas Ocampos are the most likely options to lead the attacking line for the hosts.

The visitors are not as lucky as Ronald Araujo joins Sergi Roberto on the sidelines, adding on to long-term absentees such as Philippe Coutinho and Ansu Fati.

Sevilla vs Barcelona head to head

If the head to head record was anything to go by then everyone would expect Barcelona to make light work out of their opponents, having won 36 times out of the 56 matches played.

Sevilla have managed 9 wins and another 11 have been draws, including a 1-1 draw the last time these sides met in October 2020.

Another reason this is set to be a tantalizing fixture is due to the fact that both teams come into the game on the back of admirable winning streaks, Sevilla winning 7 in a row compared to Barcelona’s 6.

The attacking threat posed by both teams is fierce and thus there should not be a lack of goals for either side come Wednesday night.

Though, the fact that there is a second leg in seven days, Sevilla could come out narrow winners on the night.