RONALDO VS MESSI G.O.A.T DEBATE HEATS UP AFTER COPA AMERICA 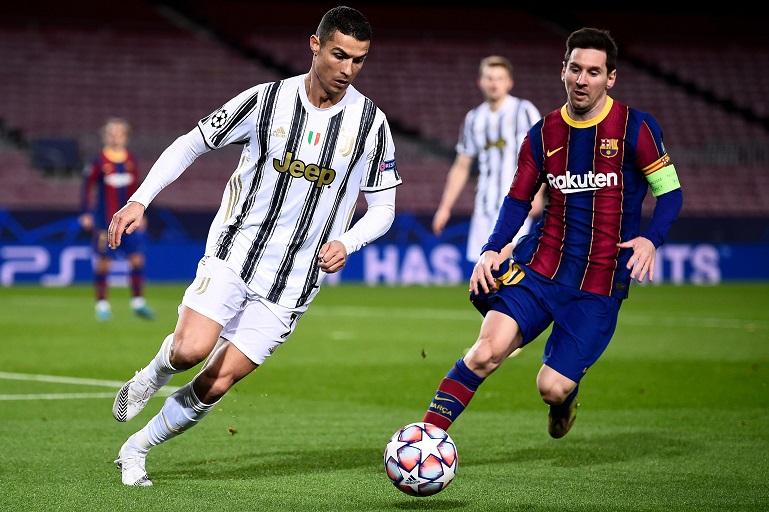 Lionel Messi finally won a title with Argentina last weekend after they beat Brazil 1-0 to be crowned 2021 Copa America champions.

Angel Di Maria scored the only goal of the game and sealed the record-equaling 15th Copa America title.

This was the 34-year old’s first international title after plenty club honors and this reignited the debate of who is the greatest footballer on the planet.

His nemesis, Cristiano Ronaldo, was not as fortunate this summer as his native Portugal were knocked out in the round of 16 at the Euros.

Portugal lost 1-0 to world number one Belgium but Ronaldo left his mark as he finished as the tournament’s top scorer with 5 goals in 4 matches.

There is no secret that these two have dominated world football for over a decade and after Messi lifted the trophy, it brewed the debate of who is greater.

Ronaldo’s popularity is unmatched on social media, as he is the most followed person on the planet with 517 million followers but in the football world – Messi is just as recognized.

These two players have won a staggering 11 FIFA Ballon d’Or Awards between them and 10 European Golden Shoe Awards.

Messi has the upper hand after winning his 6th Ballon d’Or at the end of the 2019/20 season, leaving Ronaldo on 5.

After the Copa America triumph, there is a question of whether Messi is on his way to a record-breaking 7th Ballon d’Or award despite having a rather dull season.

Barcelona only won the Copa del Rey title and struggled to cement a third place finish in La Liga behind city rivals Atletico and Real Madrid.

Portuguese star Ronaldo already attained international glory when he guided his team to glory at the European Championships in 2016.

The timeless 36-year old forward also holds the record for the most international goals (109), tied with Iran’s Ali Daei, a record he will undoubtedly break.

To many, Messi is natural born talent whilst Ronaldo is a man-made machine that has built himself through hard work and dedication.

So, begs the question, who is actually the better player?

It is important to mention that Ronaldo has represented four massive clubs throughout his illustrious career and won multiple titles with every single one of them.

Messi on the other hand has never left Barcelona and many question if he would be able to deliver on the same level in a different club.

With that said, I lean towards Cristiano Ronaldo as the greatest of all time!