WHO ARE THE KINGS OF MILAN? INTER OR AC? PREDICTION 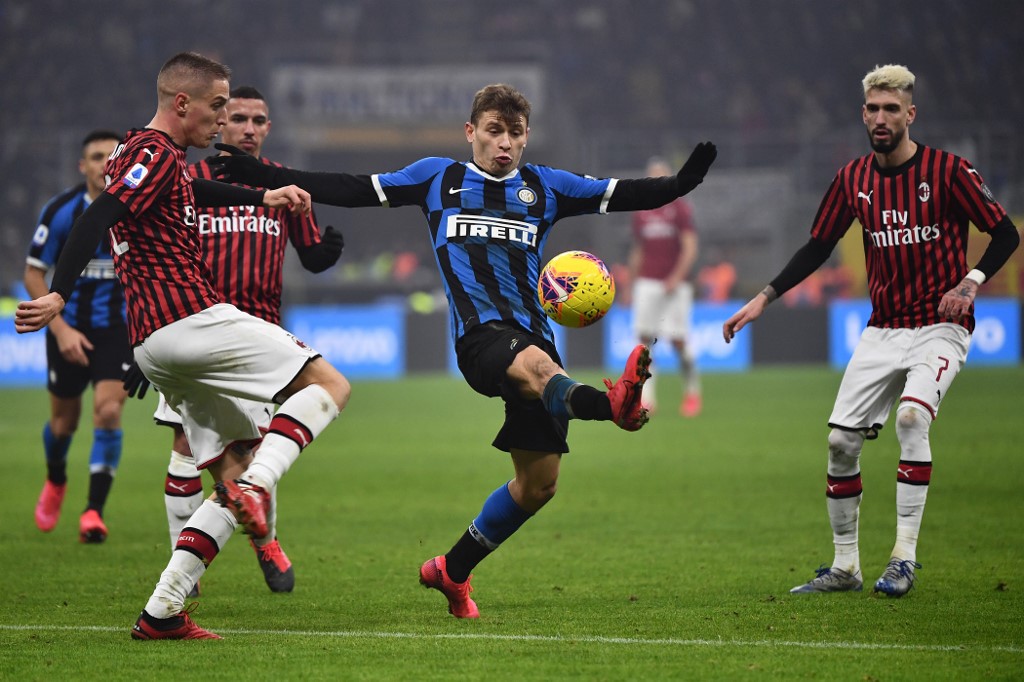 The historic Derby della Madonnina is the highlight of the Serie A weekend and Inter host the league leaders hoping to take charge.

Milan resumed last season with a bang by turning over the likes of Roma, Lazio and champions Juventus. Now they sit near the top of the nascent 2020-21 Serie A standings.

During that period, the Rossoneri have scored 35 goals in 12 games, registering nine wins and three draws in the process.

The game is set to kick off at 7 pm Kenyan time at the San Siro Stadium.

Alessandro Bastoni, Roberto Gagliardini and Radja Nainggolan all join Ashley Young on the sidelines due to positive coronavirus cases.

Ivan Perisic and Achraf Hakimi are set to start and offer the electric spark for the home side.

Romelu Lukaku and Lautaro Martinez are also both expected to start.

Leo Duarte, Andrea Conti and Mateo Musacchio are all sidelined for the visitors.

Zlatan Ibrahimovic will be the key man up front.

Interestingly, these teams have each won 22 matches out of the 55 matches they have played.

Another 11 matches have resulted in a draw.

Inter Milan have been superior in the recent past though, winning four of the last five games they have played. The other was a barren draw back in April 2018.

Both teams are unbeaten until this point but Inter dropped points after a 1-1 draw with Lazio.

This is a tough one to call but a goal for either side is likely.

With all the injuries on the home side’s line-up, AC Milan might just have enough to bag all three points if not force a draw.