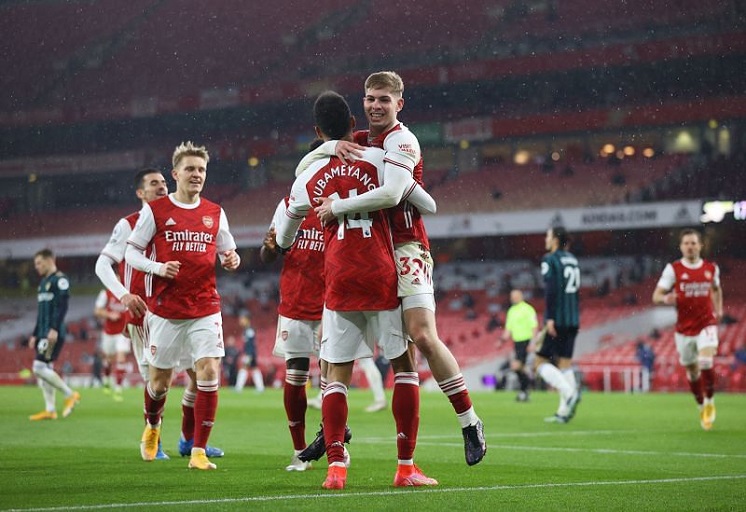 Both teams come into the round of 32 Europa League game with their unbeaten runs at stake after Arsenal swept through the competition in Group B to finish on top.

The Portuguese outfit qualified from Group D as runners-up but are below par in the league as they currently sit in fourth place with 38 points, 13 points behind leaders Sporting.

With the away goals rule still in play despite the fixture being moved due to coronavirus travel restrictions, Benfica’s rearguard must quickly find their resolve if they are to keep Arsenal at bay.

The Gunners are also not doing too well in the English Premier League as they are in 10th place with 34 points, a staggering 19 behind league leaders Manchester City.

Arsenal simply strolled their way through their group with Dundalk, Molde and Rapid Vienna, with their goal difference of +15 the joint-highest out of all 48 teams alongside Hoffenheim, and no other club in the group stage advanced with six wins out of six.

What time does Benfica vs Arsenal start?

The game will kick off at 11pm Kenyan time at Rome’s Stadio Olimpico.

Andre Almeida and Gilberto are still on the sidelines with injuries meaning Diogo Goncalo will continue his role in defense.

Ex-Premier League players Adel Taarabt, Nicolas Otamendi and Jan Vertonghen will all be in line to start against familiar opposition.

Arsenal captain Pierre-Emerick Aubameyang seems to be in a rejuvenated run of form and is expected to start and play the entire game flanked by Emile Smith-Rowe and Nicolas Pepe, who scored three times and provided three assists in the group stage.

Thomas Partey and Kieran Tierney are not going to feature in this game after being ruled out due to injury.

Benfica vs Arsenal head to head

Arsenal have won twice out of the 3 games that these two sides have played against each other, scoring 5 goals in both encounters.

Benfica have won once and none of the games have ended in a draw.

The hosts have only managed one win from their last 5 fixtures, drawing three times and losing another one.

Arsenal on the other hand have won twice and lost a similar number of games in that run, their only stalemate being a barren draw against Manchester United.

A heated encounter filled with goals is expected on Thursday night but Benfica may just edge their opponents and carry an advantage into the second leg.