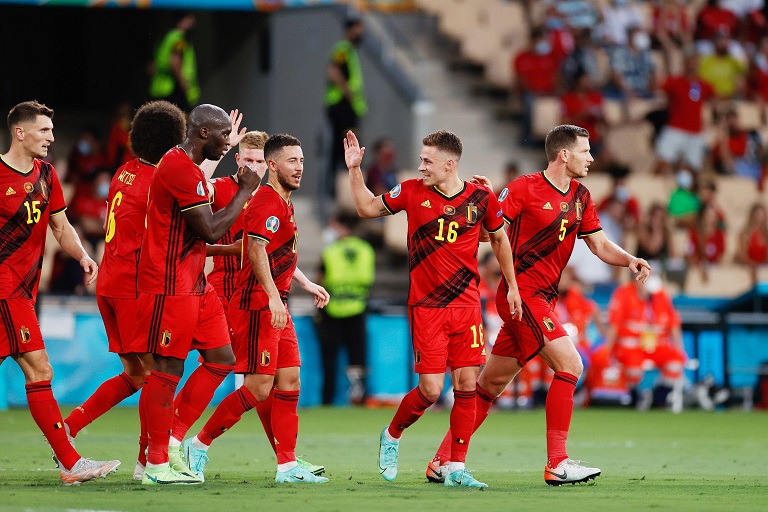 The game we have all been waiting for is finally here as the top-ranked Belgium prepare to take on the might of Italy in the Euros 2020 quarterfinals.

With a place in the quarters on the line, it will be interesting to see whether Belgium can penetrate an Italian outfit that has not lost in 31 games.

Thorgan Hazard scored the lone goal as Belgium knocked champions Portugal out of the competition, whilst Italy beat Austria 2-1.

Roberto Martinez side are clearly favorites and are expected to go all the way if they make it past a resolute Italian outfit.

What time does Belgium vs Italy start?

The game is set to kick off at 10pm Kenyan time at the Allianz Arena.

The biggest injury news ahead of the mouthwatering encounter is the absence of Kevin De Bruyne and Eden Hazard.

The dynamic duo suffered slight injuries against Portugal and are not available for selection.

Thomas Meunier has had an exemplary tournament so far and will start on the right, with Thorgan occupying the other flank, with Romelu Lukaku the focal point of attack.

For the visitors, Matteo Pessina and Manuel Locatelli are hoping to be included in the starting XI after both have bagged goals in the tournament.

Federico Chiesa is also expected to be brought into the starting line-up after that important goal against Austria, probably replacing Domenico Berardi.

Ciro Immobile and Lorenzo Insigne will lead the attacking line.

Belgium vs Italy head to head

Four matches, there has never been a draw and I doubt this will be the first.

Neither team has lost in their last 10+ games, making this mean a lot more with such mighty unbeaten runs on the line.

With the amount of attacking potential both sides possess, goals are the only definite outcome from this nutcracker of an encounter.