UNBEATEN NAPOLI OUT TO EXTEND STREAK AT HOME AGAINST UDINESE. PREDICTION 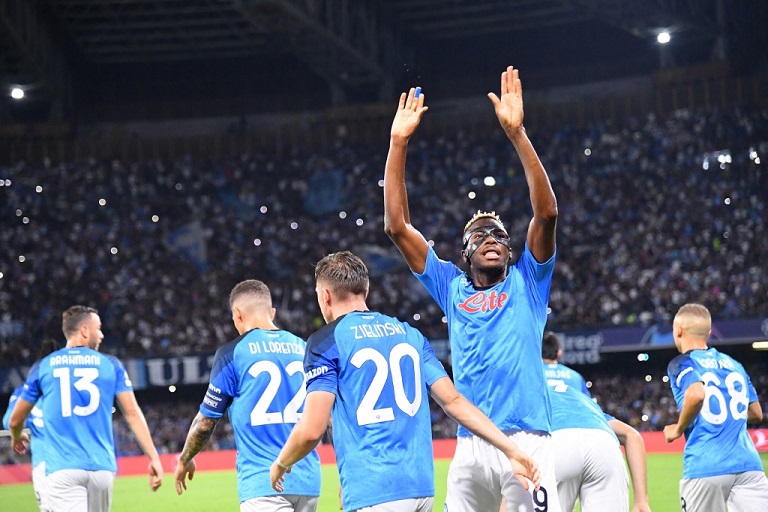 Runaway Serie A leaders Napoli are still yet to lose a game this season and host Udinese looking to stretch their lead at the top of the table.

Napoli are sitting pretty with 38 points from 14 games so far and are fresh off a 2-0 victory against Empoli.

Their opponents Udinese have fallen off in recent weeks and are without a win in their last 6 league games, leaving them in 8th with 24 points.

Udinese’s last 3 games have ended in a draw and they will need something short of a miracle to upset Napoli on Saturday afternoon.

After hosting Udinese, the Partenopei will not play again until early January, when they return to action with a bang: facing Inter and Juventus within their first 3 fixtures of 2023.

Udinese boast the sixth-best away record in the top flight and have conceded goals at a rate of just one per game.

Napoli are unbeaten in their last 12 matches against Udinese in the Serie A, with their previous defeat against the away side coming by a 3-1 margin in 2016.

Will Luciano Spalletti’s side extend their unbeaten run in the Italian top flight? Click here to make your predictions.

What time does Napoli vs Udinese start?

The game kicks off at 5pm at the Armando Diego Maradona Stadium.

Spalletti is set to name his best available XI on Saturday, for Napoli’s 2022 finale with winger Khvicha Kvaratskhelia set to return to the starting XI.

The Georgian already has 8 goals and 10 assists already under his belt in 17 games and will support in form Victor Osimhen up front.

Piotr Zielinski and Hirving Lozano are also both expected to start for the home team.

The visitors are without Rodrigo Becao, Destiny Udogie and Jean-Victor Makengo for the trip to Naples.

Nigerian striker Isaac Success and top scorer Beto will battle it out to partner Gerard Deulofeu up front.

Napoli vs Udinese head to head

Napoli have a good record against Udinese and have won 18 of the last 34 matches played between the two teams, as opposed to Udinese’s 6 victories.

A 2-0 defeat to Liverpool in the Champions League is Napoli’s only loss in their last 5 games, winning all the rest, while Udinese have not won in that run, losing twice and sharing the spoils in 3 of the rest.

The home team have scored an average of 2 goals per game in their last 10 and are expected to continue this trend in what should be an easy win.