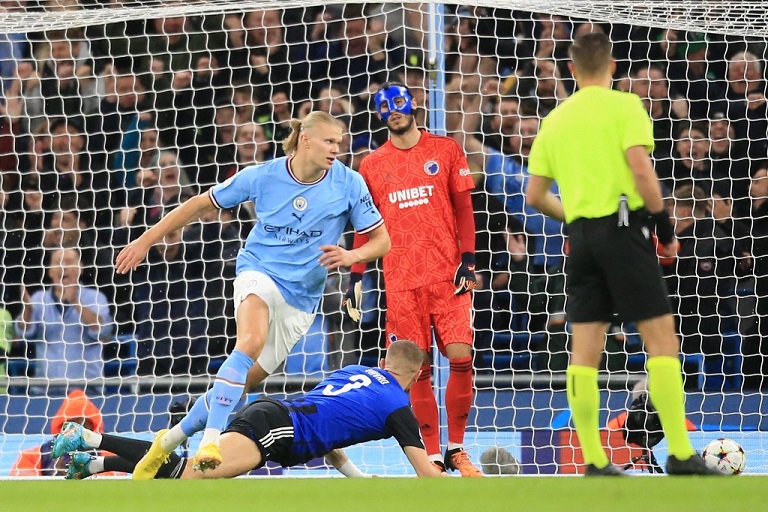 Manchester City are looking to maintain their unbeaten start to the English Premier League season when they host Southampton.

Pep Guardiola’s side are coming off a 6-3 demolition of their neighbors Man United are in 2nd place, a point behind leaders Arsenal.

Meanwhile, Southampton are on a three-game losing streak that has them in 16th with 7 points.

Erling Braut Haaland has been in top form and extended his exemplary run with a brace in Man City’s 5-0 rout of FC Copenhagen in midweek.

The Norwegian has now scored a remarkable 19 goals in 11 games across all competitions.

The visitors have just one win in their last 13 games against the hosts, with their only win coming at home.

The Saints have also lost five of their last six away games in the Premier League and have failed to score in their last two.

Will this be a routine win for the hosts or can Southampton cause a shock upset?

Play here to make your predictions for the game.

What time does Man City vs Southampton start?

The game kicks off at 5pm Kenyan time at the Etihad Stadium.

There are no new injury concerns for the home team with Joao Cancelo the only constant in the back line.

Ruben Dias is pushing for a start in place of Manuel Akanji in the heart of defense to pair with Nathan Ake.

Kevin De Bruyne was rested in midweek and will return to the starting line-up, as well as Rodri, who returns from injury.

Up front Haaland will be supported by Phil Foden and Jack Grealish.

The rest of the side is likely to remain unchanged from last week’s 2-1 defeat at Everton.

From 31 matches played between these two sides, City have won 19 times compared to Southampton’s 7 wins.

The remaining 5 have resulted in a stalemate.

The home team come into the game on a 100% record in their last 5 games, winning all and scoring 20 goals in the process.

Southampton have lost 4 and won just once in their last 5 games.

There seems to be no stopping Guardiola’s side and with the run of form they are in, a win is almost guaranteed for Man City.