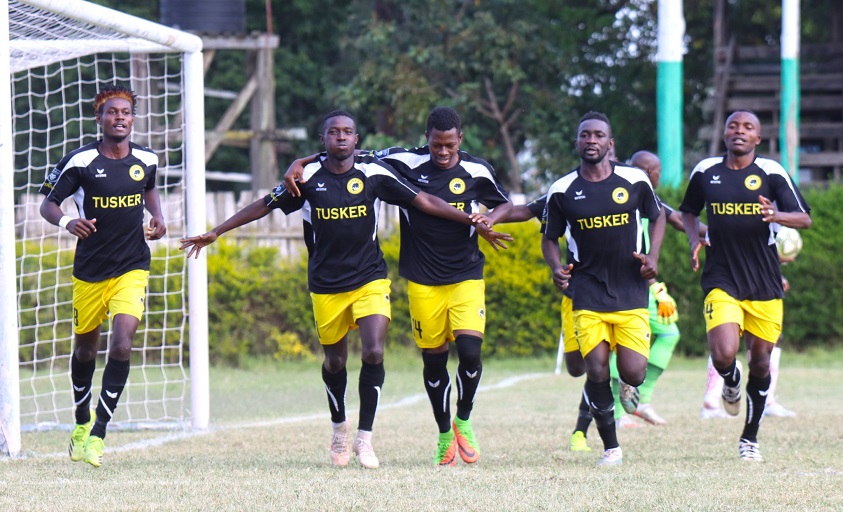 Kenya Premier League leaders Tusker FC take on AFC Leopards on Friday afternoon in the first game of Matchday 25 in the top flight.

The brewers come into the game on the back of an impressive five-match unbeaten streak and are looking to stretch their lead atop the standings.

Robert Matano’s charges have 51 points after 24 matches, four points ahead of KCB in second and Leopards round off the top three with 43 points.

KCB will get the chance to reduce the deficit on Saturday when they play Wazito FC at the Thika Stadium.

The bankers are also unbeaten in their last five matches and remain on course to challenge the league leaders for their first ever KPL title.

Record-league winners Gor Mahia FC are in fourth place with 39 points but they have only registered one win in their last five matches.

They go up against a resurgent Nairobi City Stars outfit who are currently in sixth place as they enjoy their first season back in the Kenyan top flight.

The game comes a few days after Gor head coach Manuel Pinto parted ways with the football club, six months after he took over.

The Portuguese tactician left the country on Thursday, just days after he led the club to clinching the FKF Cup, in a match that saw them battle it out with their arch-rivals, AFC Leopards.

Kariobangi Sharks seem to have found their footing as they bounced back from a torrid run of five straight defeats to pick 7 points in their last three games.

They are in fifth place with 38 points and they take on a lowly Vihiga United, who have only managed three wins the entire season on Saturday.